The Results of a Recent Survey Detailed Issues Inside the Agency 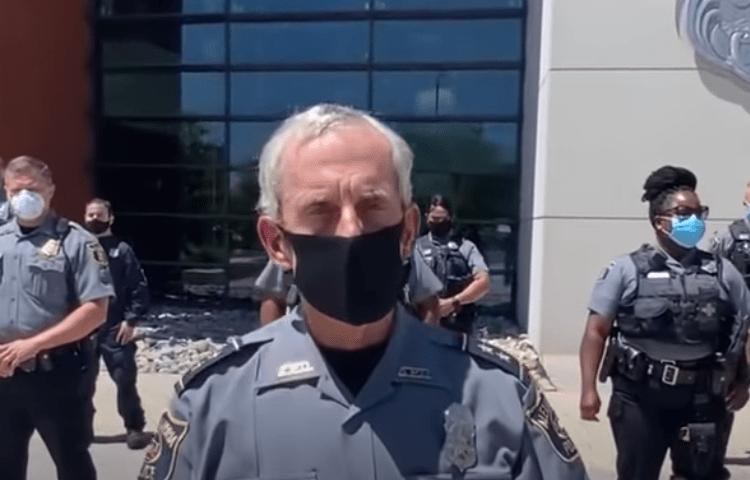 In a department press release, “A white male officer reported using weaponless force against a white male subject’s leg, in order to take him to the ground…” and even more strange was Chief Brown’s comment in the press release:

“Use of force is dehumanizing and should be avoided whenever possible, even when legally justified..” said Brown.

Sources tell Law Officer that the force was not only justified but clearly within department policy.

In January, Officer Griffin took a prisoner to the hospital when the suspect became agitated and aggressive towards the nursing staff. When the suspect failed to comply with the officer to sit down, he used a leg sweep on the suspect to place him in a non-threatening position. A supervisor was called and the officer was instructed that it was considered an “injured prisoner.”

In May, during the height of the George Floyd riots, the suspect filed a complaint with the department.

According to sources close to the incident, Officer Griffin was “thrown to the wolves due to the George Floyd incident.”

In a survey conducted by the Alexandria chapter of the Southern States Police Benevolent Association, 60% of the of respondents said that they did not agree with the firing of Officer Jonathan Griffin, who was working in the Community Oriented Policing Unit and who was also charged with assault and battery.

An anonymous source told ALXNOW that “The Southern States Police Benevolent Association (SSPBA) Alexandria Chapter surveyed its members after all this stuff because they felt that the Chief was wrong to have fired the officer,” the anonymous source said. “They think the officer was fired and arrested for political reasons, not because the force was not justified. Basically, it’s all blowback from the tragedy around George Floyd’s death. You can review the results yourself and you’ll see officers do not trust the Chief anymore.”

The survey revealed low morale and distrust of leadership are top issues for at least a portion of the department.

More than half (64%) of the respondents to the police association survey were detectives and officers; 33% were sergeants and commanders, and two respondents (3%) were civilians.

The survey also found that the largest issues affecting the department are:

Chief Brown came to the Alexandria Police Department after a career with the California Highway Patrol in 2017. His also came under scrutiny after a third of patrol officers were sent home to telework during the beginning of the COVID-19 pandemic and again following the death of George Floyd when he participated in a vigil in front of police headquarters and wrote a letter to the community stating that things do, in fact, need to change.

The City Council recently unanimously directed the city manager to develop a community police review board while activists are complaining that minority populations are not being consulted.