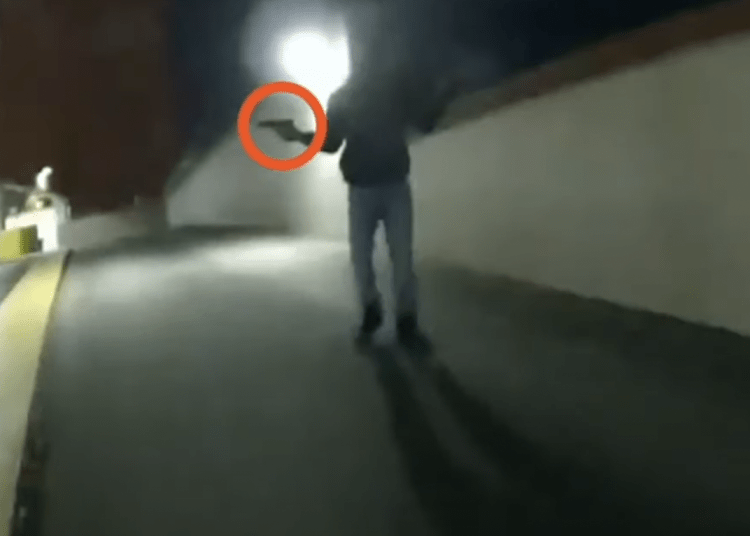 Baltimore, MD –  Baltimore Police have released body-worn camera footage from a fatal officer-involved shooting last month inside a parking garage near the Inner Harbor. Police released video from four separate officers’ body cameras during a press conference on Thursday where three officers fired at least 16 rounds at the suspect who fled from officers following another non-fatal shooting In the video, 35-year-old Benjamin Tyson was seen pulling out a gun and pointing it in the direction of the officers. Tyson ran from officers and was believed to be a suspect in a shooting that had just occurred.

Kia Shaw, the suspect’s sister calls the shooting like “modern-day slavery,” telling CBS 13 that “Instead of hanging us, they’re shooting us.”

Police initially believe the gun misfired, but after reviewing evidence, they said the gun was jammed. Officers at the scene at the time didn’t know that the gun couldn’t fire, and they fired their weapons, striking the suspect. Baltimore Police Commissioner Michael Harrison said officials are still investigating whether the gun jammed while officers say the suspect was attempting to fire his weapon at them, or during the earlier shooting.

According to the initial press release, officers assigned to the Inner Harbor unit were flagged down by a person following a shooting just outside a CVS Pharmacy on February 25th at 9:22 p.m.  While one officer rendered aid to the victim, other officers pursued the suspect.

The officers ordered the suspect to put his hands up, but instead, the suspect pulled a gun. The officers fired their weapons and struck the suspect. Tyson was taken to an area hospital, but he was pronounced dead.

The suspect’s sister, Kia Shaw, claims the family has not gotten any further details about what happened to her brother, only that the family saw the body camera video before the public according to CBS 13.

“Our family wanna know like, what exactly happened,” Shaw said. “Like what they saying happened is not the events that we viewed.” “They can’t keep killing us with no explanation,” Shaw said. “Sixteen shots was overkill, so we want answers.”

“If they say they seen one thing but us a different thing then we have a problem with that,” Shaw said. “You said the gunfire misfired, but it didn’t show anything misfiring.”

Shaw said that “It makes me feel like we’re expendable to the police, like we’re nothing, like it’s like modern-day slavery,” she said. “Instead of hanging us, they’re shooting us. So we just need some type of closure because we can’t allow this to keep happening, especially in our communities.”