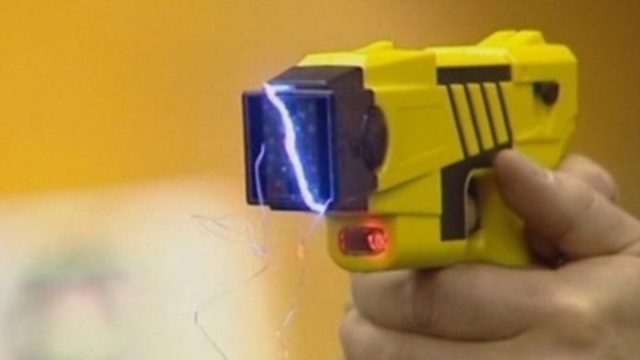 The CEO of Axon, a public safety technology company, believes that within a decade, police will not need guns. CEO Rick Smith believes his company will make an electric stun gun so effective that it will make the police pistol unnecessary within a decade. Smith explained, “We’ve got to outperform the police pistol… I think we’ll get there, where, by 2030, we’re going to have nonlethal weapons so good, it will actually be a faster time to incapacitation more reliably than a police pistol.”

“Five years ago, I would have said you never take a Taser to a gunfight. And I’ve started to challenge that and say, ‘Well, what if the Taser is the better gun?’ And what if it’s actually more effective—it just doesn’t leave the other person dead.”

Taser, which is owned by Axon, is considered “less-lethal” force because there is not a high likelihood of significant injury or death. However, the Taser is less effective than the public has been led to believe. Many large law enforcement agencies have reported that Tasers have a 40% effectiveness rate. There are myriad of reasons for that. For one thing, Tasers rely on two barbs that are projected toward the suspect. Clothing and inaccuracy can prevent it from working. Also, more experienced and savvy suspects have learned to immediately pull the barbs out once they are stuck by them.

Smith recognizes these issue, and acknowledge ongoing efforts to improve the device. “For us, it’s a delivery question, how do we engineer so that with 100% certainty, we can get the effect on the target where we want it in fast-moving situations in the field,” he explained. “We don’t have to go create phasers, or any new really sci-fi stuff. All the science is pretty clear. This is an engineering problem.”

It is unknown what the future technology will look like for Taser. But according to Forbes, there may be some clues with a previously unreported patent, which shows off a stun gun with multiple loading bays, held in a kind of tripod. The patent application, which Smith co-authored, is an attempt to address that “engineering problem” with a gun that can fire more electrodes over a wider area than the current version of the Taser. It’s designed to “provide a greater initial spread between the one or more electrodes to increase a likelihood of causing NMI [neuromuscular incapacitation] in a target.”

For their efforts, Taser saw revenue of $136 million for 2020 which was a growth of 62% from the previous year.