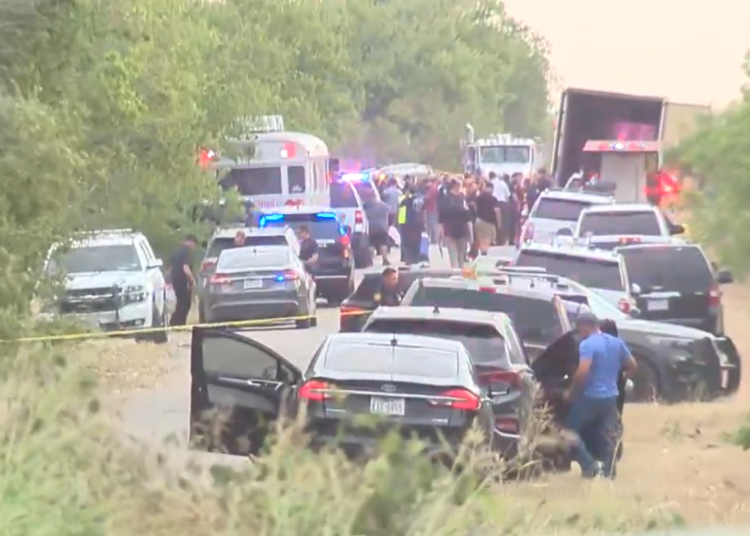 UPDATE: The death toll keeps rising after dozens of people were found dead inside a tractor-trailer in San Antonio on Monday.

According to multiple law enforcement sources and the Archbishop of San Antonio, 46 people have been pronounced dead after original figures were lower.

SAN ANTONIO, Texas – At least 42 people were found dead inside a tractor-trailer in Texas, and 16 others were taken to area hospitals in varying conditions, according to multiple sources at the San Antonio Police Department.

SAPD units as well as fire trucks and ambulances, were covering a portion of Quintana Road on the Southwest Side, KSAT reported.

We were just passed by this vehicle on the way to the scene pic.twitter.com/WTq8eePxqz

Information has been scarce as first responders have their hands full with a horrific scene.

these are the railroad tracks near Quintana Rd & Cassin, where at least 42 people were found dead inside of a tractor trailer. It's a secluded area in Southwest San Antonio. @ksatnews @SATXPolice https://t.co/XDPRAiRVBn

Not surprisingly, one San Antonio journalist said the deceased are believed to be undocumented immigrants.