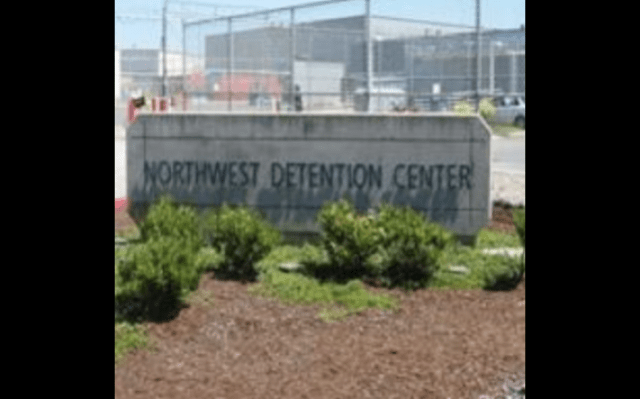 The Seattle Times reported that the unidentified man appeared outside of the Northwest Detention Center in Tacoma with a rifle and threw incendiary devices at both the facility and nearby propane tanks.

Officers responded to the incident around 4 a.m. and called out to the man before shots were fired. It was not clear how many shots were fired or whether the man fired at police.

Police spokesman Loretta Cool said the area is covered by surveillance cameras from the detention center even though officers are not equipped with body cams. The four officers involved were placed on administrative leave in accordance with normal protocol.

The shooting of the armed suspect took place hours after a rally in front of the detention center to protest planned mass deportation raids around the country. The Tacoma facility, which is run by the Department of Homeland Security, holds migrants pending deportation proceedings. Moreover, the detention center holds immigration-seeking parents separated from their children under President Donald Trump’s “zero tolerance” policy, an effort meant to deter illegal immigration.

GEO Group, which runs the 1,575-bed Northwest Detention Center, in an email to The Associated Press said baseless accusations about how detainees are treated at its facilities “have led to misplaced aggression and a dangerous environment for our employees, whose safety is our top priority. Violence of any kind against our employees and property will not be tolerated. We are thankful for the quick and brave action by the Tacoma Police Department, which prevented innocent lives from being endangered.”

GEO Group said the detention center in Tacoma has modern amenities with air conditioning, recreational activities, beds for every individual and medical care available at all hours.

Last year, a federal judge ruled that Washington State could pursue its lawsuit seeking to force GEO Group to pay minimum wage for work done by detainees at the detention center.

The planned raids come me at a time of intense scrutiny surrounding ICE and the treatment of migrants at detention centers. The administration’s child separation policy was the subject of a contentious Congressional hearing Friday, during which former ICE director Tom Homan vehemently defended law enforcement amid criticism from Democratic politicians.

“As a 34-year veteran of law enforcement, it is shocking, shocking to see constant attacks against those that leave the safety and security of their homes every day, put on a Kevlar vest and put a gun on their hip and risk their own safety to defend this nation,” he said, at times appearing to get choked up as he defended his former colleagues.