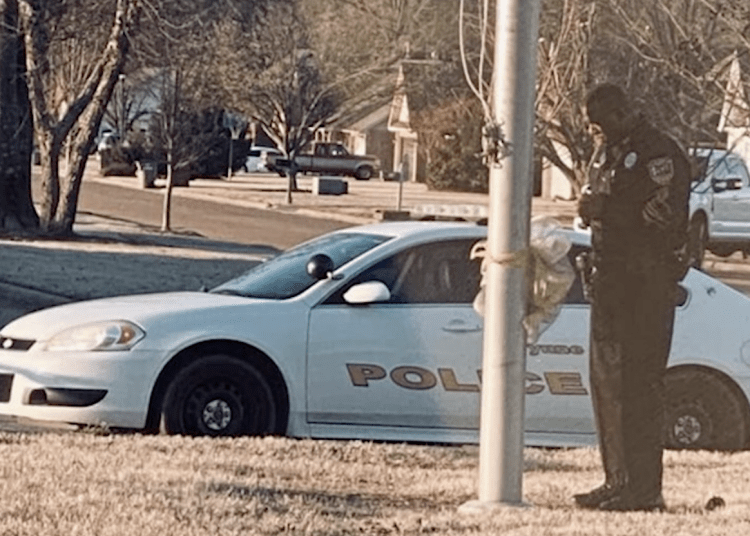 WYNNE, Ark. — “Prayer changes things,” is often heard among those with a sincere belief in God and his sovereign power. There is a school resource officer (SRO) who believes those words and he’s putting his faith in action.

The Arkansas officer stops at the school’s flagpole every day on his own time. While there, he says a special prayer for the school systems, children and the community, reported THV11.

Officer DeAndra Warren has been an officer with the Wynne Police Department for the last seven years. Five of those years, he has protected the halls of Wynne Public Schools as the SRO.

This moment was captured and shared on social media as Officer Warren can be seen praying by the flagpole that stands in front of the school.

“I’ve been praying for the students ever since I started being a SRO,” Officer Warren said, “but I started last year standing at the flagpole. I don’t do it to be seen but I do it to glorify my Lord and Savior Jesus Christ. To God be the Glory!”

The versatile SRO attends the Tabernacle of Faith New Testament Church in Wynne Ark., where he is also a minister and plays the drums. Warren said he does whatever his heart and hands find to do in the house of God.

“I feel led by the Spirit of God to pray for our students and all staff in our school district,” Officer Warren said, followed by quoting a Bible verse, “2 Chronicles 7:14 says: If my people, which are call by name, shall humble themselves, and pray, and seek my face, and turn from their wicked ways;  then will I hear  from heaven, and will heal their land.”

Warren thrives on the interaction with students of all ages as he feels perfectly suited for the SRO assignment.

“I enjoy showing them the positive side of law enforcement,” Officer Warren said. “From give them high-fives or just a simple word of encouragement.