A Cruel Insult to Our Men and Women in Uniform: ‘Rip Away Their Dog Tags!’ 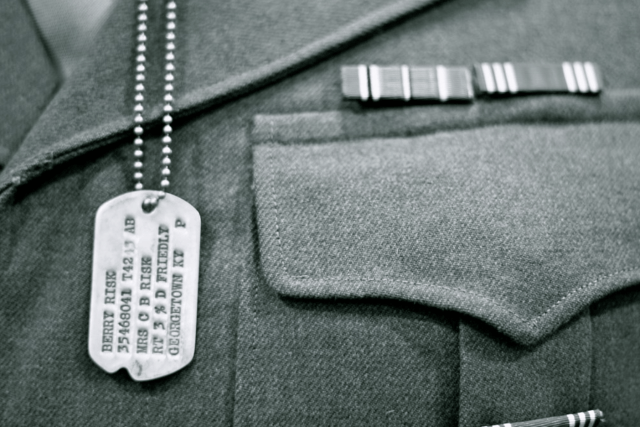 There’s a highly important military religious freedom case unfolding right now … and I need to share with you what First Liberty is doing to fight for the rights of our nation’s heroes.

Once again, Mikey Weinstein and his deceptively-named Military Religious Freedom Foundation (MRFF) have decided to invent a problem where none exists.

In a brazen attack against religious liberty in the military, they recently sent a legal demand to the Department of Defense threatening Shields of Strength, a Christian company that graciously provides replica dog tags with inspirational Bible verses to active-duty service members, veterans and their families.

MRFF claims the Shields of Strength dog tags are unconstitutional, and that it’s illegal to display religious messages on them because they include the emblem of each military service branch. What’s more, they demand the tags be pulled immediately.

But they’re wrong … and their religious harassment is not going to happen on our watch.

For over 20 years, Shields of Strength has graciously provided more than a million of these dog tags to U.S. service members so they can find strength in their faith—without a single complaint.

Sadly, Weinstein and the MRFF insist on making legal threats on one of the most basic rights for which our service members sacrificed—the freedom to live out their faith.

It’s simply a cruel insult that the MRFF would seek to deny military service members and their families the right to wear inspirational jewelry just because it has a religious message.

For the brave men and women who serve in uniform, Shields of Strength are much more than just pieces of metal on a chain. These tags are a source of encouragement, a symbol of sacrifice and a tangible reminder of the strength gained through faith.

As Kenneth Davis, a U.S. Air Force and Marine veteran puts it:

“This tag is faith. This is believing that you’re going to live—and that even if you die, you’ll be holding hands with God for eternity. That’s what it means to me … and every veteran I know feels the same way.”

And it’s not just the soldiers themselves who attach deep meaning to these tags.

For decades military families have held tightly to these Shields to memorialize the incredible service of their loved ones. They carry invaluable significance for countless mothers, fathers, sisters, brothers, husbands and wives who remain connected to them in spirit when they hold that beloved Shield.

Of course, this high level of legal success demands a vast investment of resources, time and staff, especially when enemies like the MRFF are launching full-blown assaults.

Faith and religious freedom have long been part of America’s military, and forcing Shields of Strength to stop providing these tags goes against the fundamental ideals on which our country was built.

The fact is, it’s wholly consistent with the Constitution for a company like Shields of Strength to encourage service members by presenting them with symbols and references to their faith.

Editor’s note: You can support First Liberty Institute in this fight by clicking here.