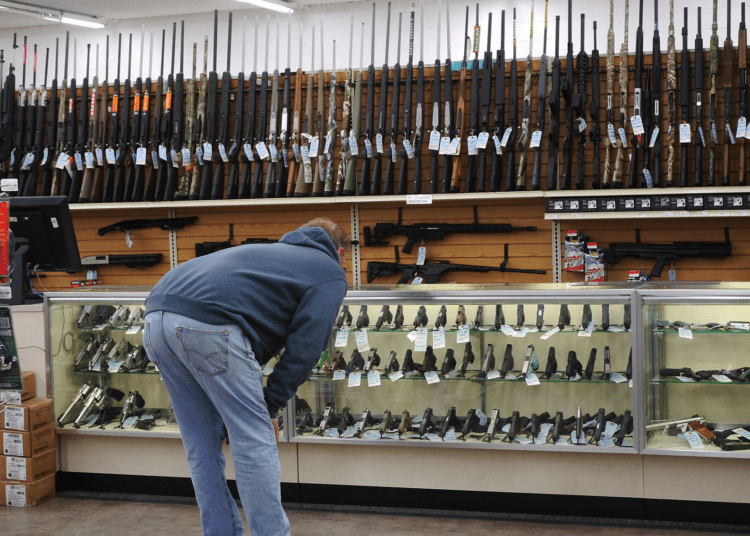 SACRAMENTO, Calif. – Two Southern California counties were ruled to have violated the Second Amendment of their citizens by forcing gun shop closures during the COVID-19 pandemic, according to reports.

A three-judge panel of the 9th Circuit Court of Appeals ruled Thursday that orders by officials in Los Angeles and Ventura counties that deemed gun retailers “nonessential businesses” to be illegal, The Associated Press reported.

Both Southern California counties were previously victorious with separate lawsuits in lower courts as judges ruled the shutdowns of such businesses reasonably fit within county officials’ emergency powers and therefore, served the public interest, according to the Daily Caller.

“The closure of non-essential businesses, including firearms and ammunition retailers, reasonably fits the City’s and County’s stated objectives of reducing the spread of this disease,” U.S. District Judge Andre Birotte Jr. wrote concerning the closure of gun retailers in 2020.

However, the Second Amendment “means nothing if the government can prohibit all persons from acquiring any firearm or ammunition,” Judge Lawrence VanDyke stated of the Ventura County case. “But that’s what happened in this case.”

The Second Amendment "means nothing if the government can prohibit all persons from acquiring any firearm or ammunition," the judge wrote.

VanDyke asserts that the shutdown orders “wholly prevented law-abiding citizens in [Ventura] County from realizing their right to keep and bear arms,” since firearms can only be acquired in-person in California. This, he noted, while bike shops were among those allowed to remain open as essential businesses.

The panel adopted the same reasoning in the Los Angeles County case, though the closure there was for 11 days, according to the Associated Press.

He described the orders as a means which “clearly burden conduct protected by the Second Amendment and fail under both strict and intermediate scrutiny.”

The decision holds that governments “cannot use a crisis to trample on the Constitutional rights of citizens,” said Michael Jean, director of the National Rifle Association’s Office of Litigation Counsel that sued in the Los Angeles County case.

Los Angeles Mayor Eric Garcetti, named as one of the plaintiffs in the case, did not immediately comment.

The NRA also filed lawsuits against some Northern California jurisdictions, but they were dismissed when the counties repealed their orders.