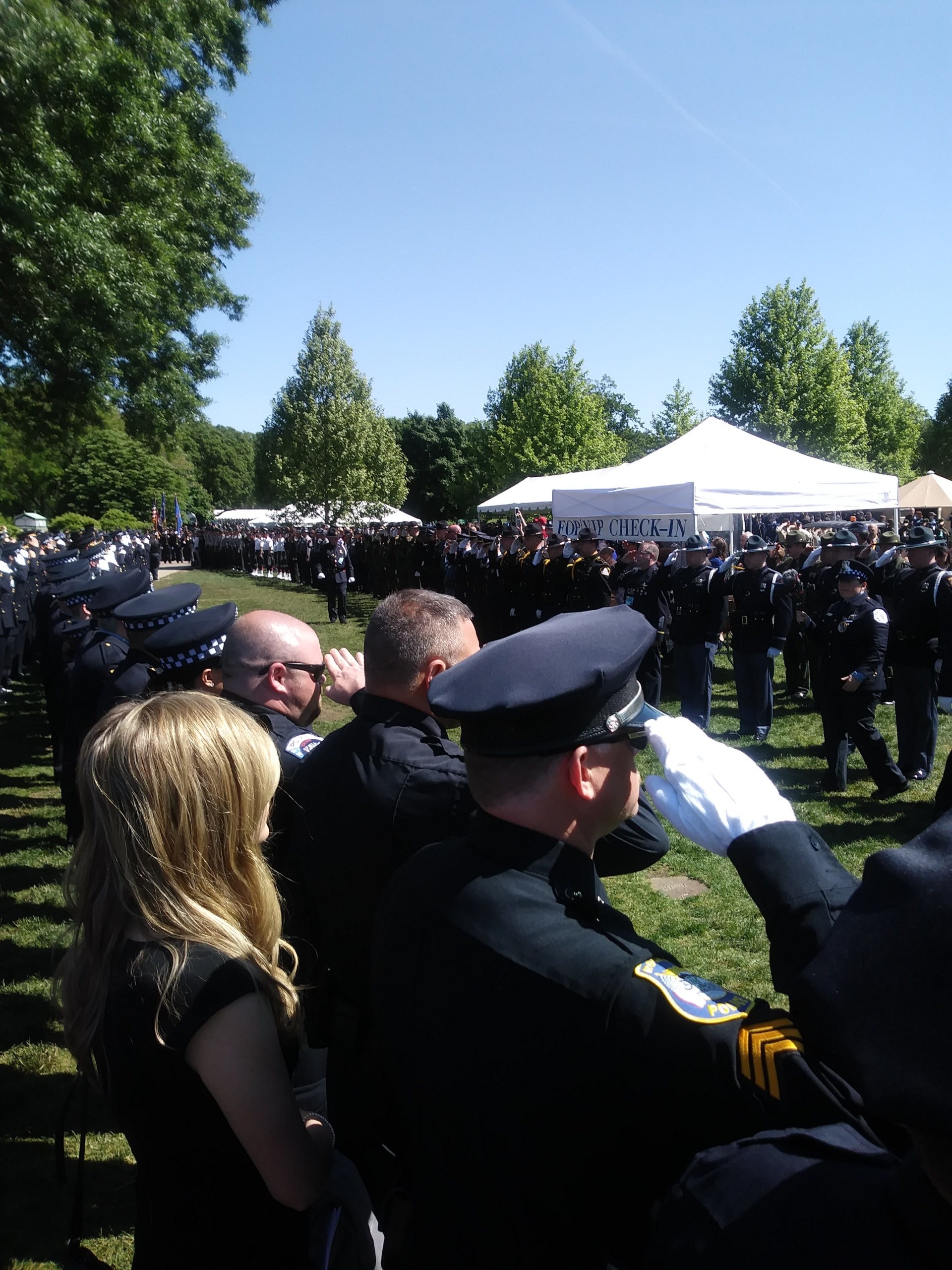 byDuane Wolfe
Share and speak up for justice, law & order...

I decided to attend the National Law Enforcement Week in Washington, D.C. this year. I had always promised myself that I would and decided this was the year. For those who have never attended it I strongly suggest that as a law enforcement officer you owe yourself this truly moving experience.

Before you go, first check the schedule of activities. I made the mistake of assuming it started Sunday, but there were activities the week prior. It wasn’t until after I had booked the trip that I learned that Blue Help was having their dinner Saturday night. Blue Help is an organization dedicated to helping the surviving family members of officers who have taken their own lives and providing training on suicide awareness and prevention. This year they placed markers at the National Law Enforcement Officers Memorial commemorating the officers who lost their lives to suicide in 2018. I strongly believe that this is in keeping with the engraved words at the Memorial, “It is not how these officers died that makes them heroes, it is how they lived”.

As part of my visit to the LE Memorial I located the names of the two officers, Nick Erfle and Thomas Decker, who I had trained who were killed in the line of duty. I returned home with their etched names from the wall, a promise I had made to myself.

Directly across the street is the National Law Enforcement Museum which is also a must see.

The 31st Annual Candlelight Vigil was held on the National Mall between the U.S. Capitol and the Washington Monument. Those two iconic buildings, serving as the bookends of the gathering, provided the perfect setting for an evening of reflection and commemoration. 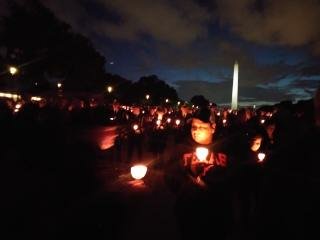 Chairman of the Board, General John Ashcroft, addressed those gathered and ask that we join him in saying, “Stop the falling.” His message was twofold, to reduce officer’s death and to take a stand against those who attack law enforcement in an attempt to lower the level of respect and trust that the nation has in us. As a police trainer and writer, I took those words to heart and promised myself that I would continue in my efforts to, “Stop the falling” and I ask you to do the same.

As part of the ceremony each of the names added to the Wall that year are read aloud state by state. New York had over 70 names because of deadly health effects of the responders to 9/11.

Standing in that auspicious location, surrounded by tens of thousands of officers and supporters each lighting a candle against the darkness, to commemorate our fallen, and to symbolize our commitment, was truly the defining moment of the week for me.

The F.O.P. held their 38th Annual Memorial Service in front of the steps of the Capitol. As part of the ceremony the families of the officers who have fallen walk through a cordon of uniformed officers standing at attention.  President Trump was present and spoke of his commitment to Law Enforcement. He reminded us that despite what some politicians, and the media say, American Law Enforcement is respected and appreciated by the majority of people.

It wasn’t lost on me that as the Memorial Service honoring our fallen was taking place, 1,200 miles away the students I trained at the Alexandria Technical and Community Law Enforcement Program were graduating, preparing to fill the gaps in the Thin Blue Line.

So, take time to reflect and remember those we have lost. Recommit yourself personally to “Stop the Falling”. Most of all, live the promise you have made, to service, to community, to your Brothers and Sisters of the Shield, to family, and to yourself.

Share and speak up for justice, law & order...
Tags: exclusiveOfficer Down

Duane Wolfe is a retired Minnesota Peace Officer with more than 25 years of service. During his career he served as patrolman, sergeant, S.R.T., Use of Force and Firearms Instructor. He is also a full-time instructor in the Law Enforcement Program at Alexandria Technical College, Alexandria, Minnesota. Duane has a Bachelor of Science Degree in Criminal Justice from Bemidji State University, and a Masters Degree in Education from Southwest State University.