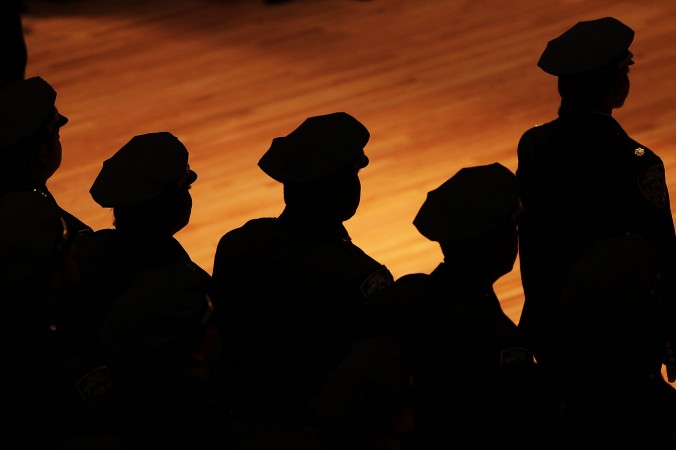 byKaren Solomon
Share and speak up for justice, law & order...
Collecting data has been easy, the more difficult task is collecting the stories, photos, memories and emotions of the families involved. Unanswered questions, shame, stigma and fear haunt the 98 law enforcement families who’s loved ones completed suicide in 2016. What they all have in common is the desire to be able to grieve openly and speak about their deaths, not to stand in judgement of what others don’t understand.

The process of collecting suicide data isn’t really that easy. Asking departments to submit their information, responding to families after they’ve completed the data collection form, working with epidemiologists to create better protocol and having the emotional fortitude to look at the facts without getting angry is the difficult task. Before we talk about what should be angering us, let’s look at some of the facts.

Not surprisingly, the method of death for 92% of the suicides was gunfire. What’s important to note is that these are preliminary numbers.  We continue to receive submissions and we are working with state agencies, some of whom are “three months behind in inputting our data.” We plan to release final numbers each June with a detailed analysis of the data over a five consecutive year period. We hope to close the gap between the reported suicides and the “hidden.”

For many of the friends and families, the suicides came as a shock:

“He was a wonderful brother. I had no idea he would do it.”

“Never in my life would I have ever thought his would end this way. Very happy go lucky, count on type of guy.”

“One of the finest Officers, I ever had the honor to serve with. He was the Officers officer and a legend in our county.”

“He left a note after going on a bad sexual assault case and said it was more than he could deal with.”

“We know he took his own life but we hesitate to call it a suicide because that just wasn’t who he was!”

Others could easily find answers:

“Had injured himself on the job but returned to work on pains meds which he became addicted too so that he could continue working on the streets.”

“He had been depressed for some time and was too ashamed to ask for help.”

“I have embarrassed my LEO family and the Sheriff’s Office. For that I am also deeply sorry.”

At the end of the day, we have to take ownership of these deaths. Retirement, emotional trauma, addiction, injury, scandal; whatever the reason, they were ours. They were law enforcement officers whose families receive no benefits, whose names are not memorialized and whose identities were tied to their careers. We can delve into the depths of their relationships, their personal problems and their shortcomings, but does that make their career any less significant?

We can talk about our suicide rate compared to the rest of the population, but it’s not a contest. We’re the thin blue line, right? We should grab hold of the fractures and pull them back in. We should restore dignity to our injured, addicted and retired.

An officer is stopped for a DUI and the shame at work becomes too much, he’s afraid to lose his job. An officer is just a month from retirement, nothing seems amiss. Retirement has caused an officer to feel lost and without purpose. Injuries rob families of their income and depression and self-loathing set in. An internal review begins and the department washes their hands of the officer. Incidents of domestic violence devolve into murder/suicides. Each of these men and women represent their departments, their counties, the profession; like it or not.

We should not abandon them. We should find them help, as complicated as it is.

Law enforcement is not an easy profession. Each day the responsibilities grow, deaths occur and reform is recommended. Some departments assist their communities by driving addicts to their doctor’s appointments and reaching out to families in need. They seek to improve the lives and health of the people they serve. At what point do they serve each other?

Why can some forgive a community member and help rehabilitate them yet turn their backs on their friends when they fall?

Some of the families received support from their departments, fundraisers and a funeral with all the honors. They recognized that the suicide was not representative of the individuals values. Other departments begrudged any sort of help, communities didn’t want to “waste” their resources on the funerals and families were told they should be ashamed. The mistreatment was shocking.

In a recent conversation with one of the mothers, she told me she is afraid that someone will search her son’s death online and find out that he took his life. She hasn’t told their friends and neighbors “because I feel it is such a stigma. I hope I can change this feeling, but I know there will be a lot of questions I don’t have answers for. I just don’t know how to talk about it.” She’s taking baby steps. She’s given me permission to use her sons photo, but not his name, yet. I want her to be able to stand tall and say, “My son completed suicide, he was a good man. He was a good cop and he deserves to be acknowledged.” Let’s get there together, shall we?

Please submit suicide for the years 2016-2021 via this data collection form or contact [email protected] for more information.

If you are in immediate danger, please reach out to the National Suicide Prevention Hotline for help at 800-723-8255. If you aren’t ready to seek help yet and want a starting point, check out the resources at www.1stHelp.net.

Share and speak up for justice, law & order...
Tags: exclusiveFamilysuicide