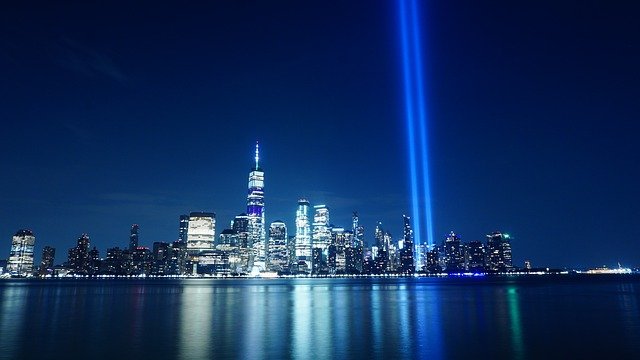 Everyone in my generation knew exactly where they were on September 11, 2001. The world changed that day and while the lens of 2021 has certainly diminished the impact that day made on Americans, there is no doubt that 9/11 will be forever seared in the minds of millions of Americans.

To understand the impact is to understand the viewpoint of my generation. Generation X was born well after Vietnam and foreign conflict was limited to the Gulf War that pretty much ended about the time it began. The idea of a major attack on American soil was about as far fetched as anything that anyone could imagine.

I was a patrol sergeant and I had worked past midnight on 9/11 and as usual I didn’t get to bed to well after 2 a.m. My wife was up early that morning and my one year old son was sleeping peacefully in his crib when my wife came in to the bedroom just after 9 a.m. and told me that a plane had hit the World Trade Center.

I was confused as to why she would wake me up. In my mind, some crazy person flew their private plane into the building. A building that was so huge and massive, what was the big deal? I went back to sleep and an hour later I stumbled in the living room trying to wake up and saw the television. In my shock, my wife said that she had told me a plane had hit the building and now it was two planes.

“Yea, but you didn’t say it was that,” I mumbled in total shock.

Like many, it was a somber day watching the news and at 3 p.m., I went to work. I sat in the squad room with around 25 cops and there was nothing but silence.

But in the silence, there was something else that I can only describe as what I’ve seen in the hours that follow a colleague getting shot or killed.

There was righteous anger in their eyes.

I never served in the United States Military but I came very close on two occasions. After graduating high school, I wanted to follow in my father’s footsteps and join the United States Marines. He joined during the draft in the Vietnam era but my motive was much less honorable. I needed some help to pay for college. War and terrorism was a foreign concept in 1990 but that wouldn’t last for long. My father asked me to hold off on that decision and it never happened.

The second time was in the aftermath of 9/11. With a young son at home and a wife that wasn’t exactly thrilled, I stayed put but not everyone did.

In the months and years that followed many of my co-workers left their job and their families and they served in the United States Military. Many young men and women put their law enforcement career on hold a few years as they signed up to fight the same enemy that attacked us on that fateful day.

One of those was Tulsa Police Officer Jared Shoemaker. He became a Tulsa Police Officer on January 3, 2005 and just after he completed his training he was activated by the United States Marine Corps. Just months from being able to return home to his wife and the department, he was killed on September 4, 2006, while serving in Iraq.

Others returned to the department and they were forever changed both mentally and physically. Some eventually left the job and others stayed but continue to struggle to this day.

A few took their own life.

I cannot express my respect for those that served enough and there will always be something very special for anyone that voluntarily left the security of their job and the love of their family and took the fight to those bastards.

I have been tremendously blessed over the last twenty years but I will never forget the thousands of law enforcement officers that did not get the same opportunities because they either sacrificed the time needed to obtain them or like Officer Shoemaker, they would never have the chance.

The world has continued to change after September 11, 2001, and if you are like me, you are concerned. Chaos seems to be revolving all around us and while our own government seems to have amnesia about the dangers of extremists in foreign lands, I do have some peace.

That peace lies through the strength of the Americans that gave up their comfort two decades ago and fought evil. While it may not always seem evident, that American Spirit lives today in the hearts of another generation.

While I pray the time never comes, I know without a doubt that if it did, they would do the same as mine.