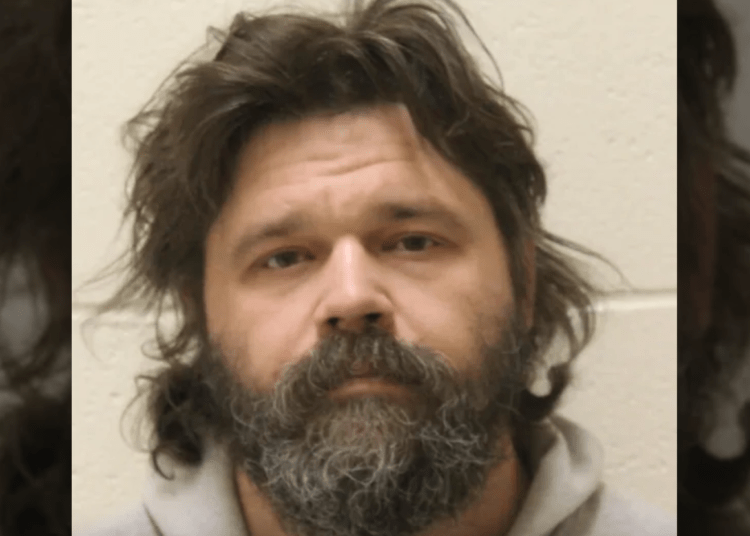 EXCELSIOR SPRINGS, Mo. – A woman who escaped from a “sex dungeon” in Missouri told law enforcement officials that her captor had been sexually abusing her for weeks and also murdered two of her friends, according to reports.

Timothy Haslett Jr., 39, was arrested on October 7, as he was returning home once he dropped his son off at school. After the victim identified the man’s home, police took him into custody during a traffic detention on an unrelated animal control violation while the investigation was launched, Daily Mail reported.

Authorities say the malnourished woman fled from Haslett’s residence last week as he took his child to school. The victim ran barefoot to a neighbor’s home in Excelsior Springs wearing latex lingerie and a metal dog collar with a padlock around her neck and begged for help.

The woman said she was picked up in Kansas City in early September. She told police that she was restrained in a small room in the suspect’s basement where she had been raped and whipped, Yahoo News reported.

She sustained injuries consistent with being whipped and restrained, police noted.

The victim told authorities that Haslett also killed two of her friends.

Previously, Excelsior Springs Police had said officially it had no knowledge of additional victims.

However, a spokesman has now told the Daily Mail, “We are taking this accusation of two more women victims seriously and are actively investigating it.”

He did not further elaborate.

Lisa Johnson told the news outlet that she had been shocked when the woman arrived at her home bloodied, and in complete duress.

“She was wearing a very, very short black latex dress, which appeared opened up in places, you could plainly see what she had been through,” Johnson told the outlet.

“And she was clearly dehydrated and very malnourished – super skinny, she was maybe no more than 70 lbs. Short hair, although not matted, not dirty.”

The victim feared being killed by Haslett, so when Johnson said she was calling the police, the woman panicked.

“She said he had been holding her, wouldn’t let her go. And that he was going to kill her and he had killed her two friends,” she said.

The woman then left Johnson’s home and went to another neighbor’s residence, Cira Tharp, whose grandmother answered the door as the victim summoned assistance.

“My grandma brought her in, wrapped a blanket around her and went and got her some food and water. She was pretty hungry. And my grandma sat with her and held her until the police came.”

“She told her, ‘my friends didn’t make it, he killed my friends’,” Tharp noted.

Haslett was subsequently charged with first-degree kidnapping, first-degree rape, and second-degree assault. He made an appearance at Clay County court via video link and pleaded not guilty on Tuesday to the charges.

The former railroad construction worker is being held on a $500,000 bond. His next court date is scheduled for October 18.