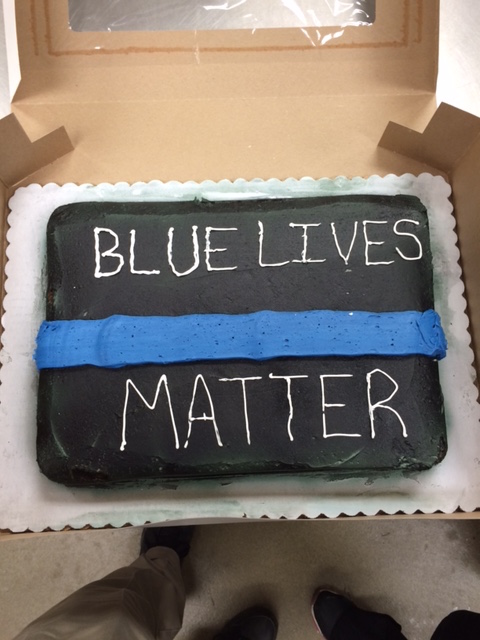 Todd Starnes reported that three Walmart workers in McDonough, Georgia refused to decorate a “thin blue line” cake for a police officer’s retirement party because they said it was racist.

The police officer’s daughter went to the Walmart to order the cake for her father’s retirement party after he served 25 years on his police department.

It was then that the baker told her the “blue line cake” was racist and that no one there felt comfortable decorating it.

Walmart did not deny the allegations and apologized for the incident and in return agreed to decorate the cake but there was just one problem…all three bakers refused, so someone else did it and according to the officer’s daughter, she was very disappointed in the quality.

So just so we are clear, Walmart uses local police around the country as their own personal security at the hint of trouble but they will permit three bigoted bakers to refuse a cake with a simple blue line on it?

This isn’t the first incident of this type at Walmart and who do you think they called when the Charlotte Walmart was about to be looted?

Walmart, it’s time to stand up for what is right.