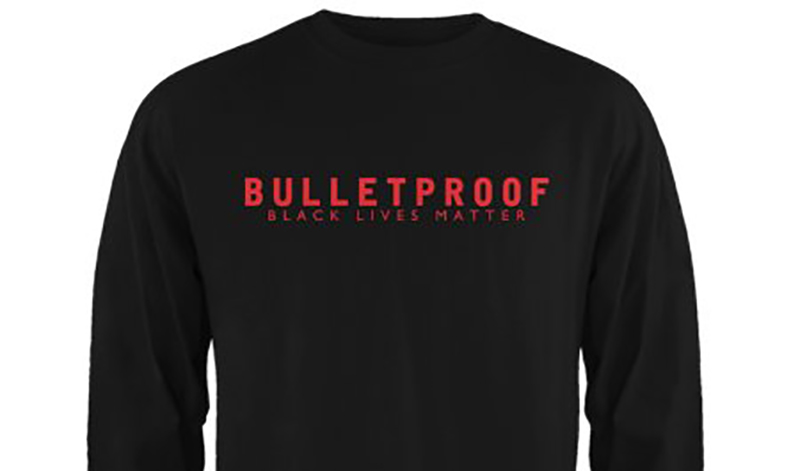 The president of the national Fraternal Order of Police (FOP) asked the CEO of Walmart to stop selling clothing items with “Bulletproof” and “Black Lives Matter” on them, which are particularly “offensive” to law enforcement personnel.

In a written letter, FOP national president Chuck Canterbury explained to Walmart CEO C. Douglas McMillon that the shirts and sweatshirts sold on the Walmart website bearing the phrases “Bulletproof” and “Black Lives Matter” were particularly “offensive” to law enforcement personnel, according to a Washington Post news report.

FOP president Canterbury praised the generous support of Walmart in the past, and acknowledged that Walmart itself was not directly offering such merchandise, but that a third party was selling them on the Walmart website.

Yet, Canterbury more specifically explained that, “I am concerned that allowing these articles to be sold in this way will damage your company’s good name amongst FOP members and other active and retired law enforcement officers.”

Canterbury cautioned CEO McMillion that in selling such merchandise, “Commercializing our differences will not help our local police and communities to build greater trust and respect for one another.”

“Bulletproof” merchandise to be removed, “Black Lives Matter” to remain

Walmart executives appeared to have given consideration to Canterbury’s letter, written on behalf of all FOP members. Walmart rissued a statement Tuesday, Dec. 20, stating that merchandise with the “bulletproof” and “Black Lives Matter” slogans will be removed from Walmart’s online marketplace website.

However, merchandise with only the “Black Lives Matter” slogan would not be removed—and will still be offered for sale on the website.

The removal of “bulletproof” items will help deter “third party sellers from profiting from racial division” as Canterbury stated in his letter.

The “Black Lives Matter” slogan, and the movement itself began in 2012 after the death of Trayvon Martin. Both gained more attention after several officer-involved shootings in 2014. Despite any well-meaning intentions, the combination of “Black Lives Matter” with the phrase “bulletproof,” the term can seem quite offensive to law enforcement personnel in more ways than one.

The “Bulletproof/Black Lives Matter” apparel is still available on other websites, including Etsy and Ebay.