Authorities are still looking for answers 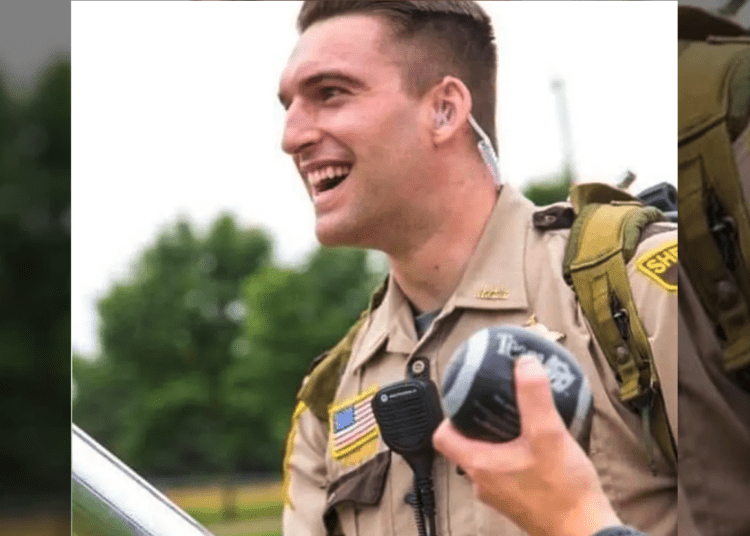 Deputy Dallas Edeburn of the Ramsey County Sheriff’s Office left work in Arden Hills on Sunday but never made it home, according to his family. As a result, a search ensued for the missing deputy.

Edeburn was later found deceased inside his vehicle on the route between his home and the station. Authorities said there were no obvious signs of injury and they have not announced a cause of death, Fox News reported.

“A preliminary autopsy showed no signs of injury or trauma,” The Ramsey County Sheriff’s Office wrote in a statement. “The Hennepin County Medical Examiner will release the manner and cause of death when the autopsy has been completed.”

Deputy Dallas Edeburn was a husband and father.

“Deputy Dallas Edeburn served the citizens of Ramsey County with distinction and great dedication for seven years,” the statement continued. “He has received numerous accolades for his tremendous police work, heroic efforts during SWAT operations, and his work to rescue a suicidal young woman who was going to jump from a freeway bridge.”

Edeburn was previously involved in severe auto collision in March 2021 when a suspect recklessly driving a stolen vehicle struck his patrol car at high speed. He made headline news during his “near-miraculous” recovery, Fox reported.

“Dallas worked valiantly to rehab from his injuries and return to full-duty status. His commitment to his family, his partners, and the citizens of Ramsey County will never be forgotten,” the sheriff’s office wrote.

Edeburn is survived by a wife and child.