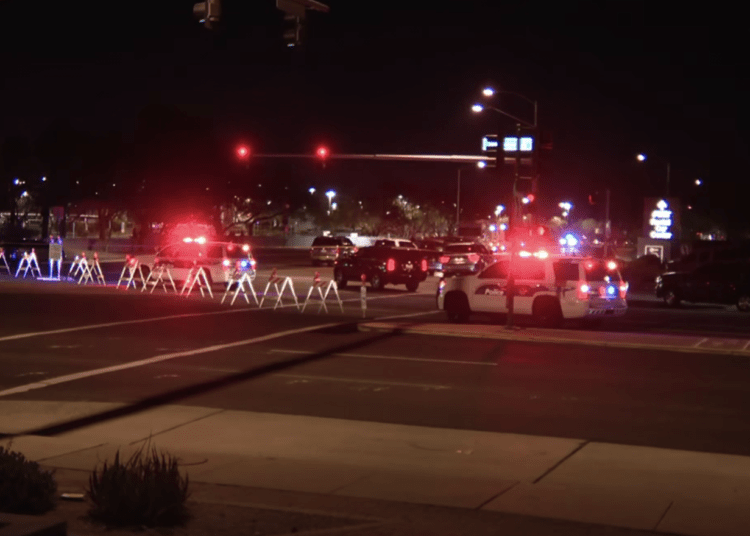 PHOENIX — U.S. Marshals shot and killed a fugitive Friday night in Phoenix. The man was wanted in California on murder and rape charges, the federal agency said.

Members of a U.S. Marshals Service task force exchanged gunfire with the wanted man near Sky Harbor International Airport, closing down the area for investigation as the fugitive was killed, Fox News reported.

There were no reports of injuries to law enforcement personnel.

According to a statement from the Marshals Service, when task force members attempted to take the man into custody, “a handgun was produced, and the suspect fired multiple rounds at law enforcement. Task Force members returned fire, striking the suspect.”

Consequently, the fugitive was pronounced dead at the scene, the statement said. The agency did not release his identity.

The deceased suspect was sought on a California warrant charging a parole violation in a case involving a violent rape and assault, the Marshals Service said. Moreover, he was also was wanted in Los Angeles “for a gruesome murder that occurred earlier this month.”

There were no further details made available.