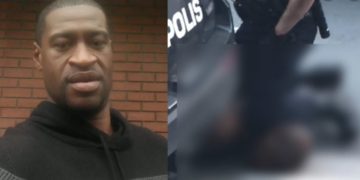 One of the first principles we were taught 13 years ago in the police academy about subduing and handcuffing subjects had to do with “positional asphyxia.” The subject can die if their breathing is restricted by the position we place them – like handcuffed on their stomach especially with weight on their neck or back.

Get the subject in cuffs and off of their stomach as soon as possible. Roll them to their side, sit them up, stand them up, but don’t leave them on their stomach. You may have to take them back down if they’re fighting, and at times I have done that.

Never put your knee on their neck or your weight on their back so they can’t breathe. Never. We are taught sometimes to position our knee across the shoulder blade for gaining control with certain techniques, and then get them in cuffs and off their stomach.

In many situations I encourage waiting to hear both sides of a matter. Proverbs 18:13 says it is foolish to spout off before hearing the facts.

Usually there is much more context to videos and cases than what we are presented, and there will certainly be more to surface, but I’ve seen what facts I need to see.

There are times when the community doesn’t understand the job we do, the techniques we use, the dangers we face, and the ugliness of having to use force. We should respectfully dialogue and learn from each other.

There are times when we must defend fellow officers. Maybe we think we would have done things differently, but we weren’t there and nothing looks obviously wrong.

Don’t even dare say he should have simply complied as if this is his fault.

Do I think the officers intentionally killed George Floyd or did this because they hated him or his race? I doubt it, even though I haven’t spoken with them and don’t know their character.

But like many of our brothers and sisters in the community, I am tired. Some cases are justified. Some are terribly unfortunate and difficult situations. Some are downright wrong. It’s getting too hard to distinguish between them and too exhausting to even try.

I can certainly sympathize with the sentiment that causes many to believe that black lives don’t matter.

It would be easier to turn off social media and get distracted elsewhere. But this is not one of those cases.

We – those in law enforcement – have to speak up and out if we are going to have any shred of credibility left.

Don’t try to justify it. This is not one of those cases.

We must do more to listen, to learn, to train, and to transform this profession.

While some tear down the city tonight, let us violently and diligently tear down the constructs of our hearts and society that allow us to continually revisit this place of despair and injustice.