A must read book for everyone who values truth 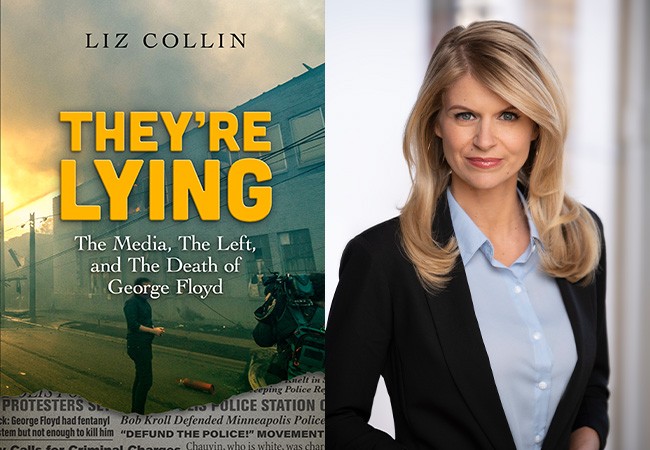 In one way or another, policing has changed across America because of one event that occurred in Minneapolis on May 25, 2020. Social justice movements to “defund the police” and establish “no bail” have since taken over in many jurisdictions. However, so much of “how we got here” didn’t make sense. Nobody dared to ask the tough questions and tell the truth about what we were told. Until now.

The new book by Liz Collin, They’re Lying: The Media, The Left. And The Death of George Floyd not only questions the narrative but puts the facts on display. She questions “the narrative.” But she also puts the truth on display for all to see.

Collin, an award-winning investigative journalist, was also caught up in the aftermath of the arrest and death of George Floyd. Her husband, former police lieutenant Bob Kroll, was president of the police union. Within days, he became the scapegoat for the riots and “systemic police racism” according to his critics who were scrambling to find someone to blame for their leadership failures.

Collin was a reporter and anchor at the CBS affiliate in Minneapolis. She was troubled by how the media were refusing to report key facts, or question them. She also became a target of cancel culture and social media mobs herself. BLM protested outside the news station and outside her home, bashing piñatas that looked like her and Bob in their driveway.

Collin’s investigative work is brilliantly laid out in a systematic and organized fashion that takes the reader through the key developments. Even the introduction drops a bombshell that will infuriate anyone with any sense of decency and morality. Be prepared though, once you pick up the book, it’s impossible to put it back down.

Her 261-page exposé was based on dozens of interviews with many people who were there. They’ve refused to speak to the media, but they were willing to share their stories and perspectives in her book. That alone should tell you something about her work, her integrity, and willingness to tell the facts and let the truth be heard. The book is also based on the review of thousands of documents. It includes evidence that plainly reveals the lies behind one of the biggest scandals of our time.

With billions in property damage and fires burning across cities in America in the aftermath, everything in your soul tells you that the words on the pages cannot be true.

The power in Collin’s book draws from how she has exposed individuals who likely believed their lies would stay hidden, and how plainly she revealed the strange connections within the criminal justice system, political elites, and corporate media.

The irreversible damage done to cities, businesses, law enforcement and public safety since 2020 has proven just how unjust the pursuit of “justice” has become. We’ve been suffering the lies ever since. But the truth matters. Fortunately, Collin offers a glimpse of the truth behind the lies we’ve all been told for the sake of some twisted worldview and narrative about pursuing “justice.”

The book is remarkable for these reasons alone. But the courage of author Liz Collin (and her editor, Dr. JC Chaix), and those who spoke out about the lies, also demands our utmost respect.

In sum, the editors at Law Officer and I highly recommend this book, which is available on Amazon. It is an absolute must-read book for anyone who loves America and abhors evil. It’s also a dangerous book for what it says and what it stands for: the truth.