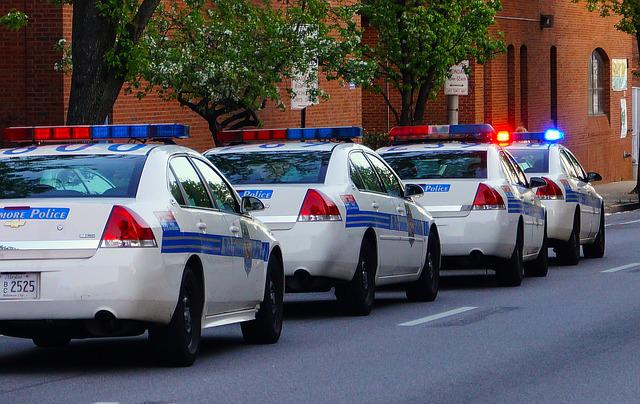 There is nothing more alarming today than the potential for the continued staffing shortage in law enforcement agencies. I haven’t been in a room with law enforcement administrators in the last two years where I wasn’t asked what must be done to increase police recruiting. My answers are not always popular, but it is time that our profession come to the stark realization that we must recruit differently and the “old ways” are no longer viable if we expect to ever replace what we have lost.

And we have lost the most important tool at the disposal of every law enforcement leader….Our people.

I’ve written and spoken a lot about this topic, but I’d like to try a different approach today.

The definition of insanity is doing the same thing over and over but expecting a different result.

The results will never come if we continue down the same traditional paths of police recruiting so it’s time to destroy those old habits.

Here are some myths on law enforcement recruiting.

I tested for my agency 30 years ago in a room of 500 people…for an academy class of 11. My agency had recruiters, but they didn’t have to convince anyone to apply. There were always more qualified applicants than positions and this continued for many years. Traditionally, law enforcement recruiters were more like marketing officers for the agency. Applicants already knew they wanted to go into law enforcement, and it was the recruiters job to convince them to come to their agency over another.

This is over and it’s never coming back.

Fortunately, there are still many in our society that want to serve their community, and some select law enforcement to do just that. The problem is that our profession went from a hiring pool that far outnumbered positions to around 75%, depending on the agency. Traditional recruiting can still work for that much smaller group of willing employees, but it will never work to fill that remaining 25%.

That is why our recruiting strategies must change.

Recruiting Problems Are Not My Fault

While it’s true that the political climate, including abhorrent behavior by politicians and insane activists that wake up each day to spew lies on our profession, have not helped recruiting, we often use these truths as an excuse rather than working to overcome what has always existed. Social media is certainly a force multiplier for cop haters, but our profession has always dealt with this and recruiting has only been impacted in recent years. The unfortunate truth is that our leaders dealt with this in a much more productive way in the past. Rather than the constant apologies for what we didn’t do or permitting individuals or groups to dictate our policies, training, or discipline, we did what was right for both community safety and the hard-working cops on the streets. Leaders must support their officers when they are right, regardless of the rhetoric. If anyone, in any job, doesn’t feel they will be supported when they follow the rules as set forth, good luck finding employees and this is exactly what is happening in the law enforcement profession.

SMALL AGENCIES ARE THE LATEST TO SUFFER RECRUITING WOES

It’s easy to blame someone else for an organizational problem and it is much tougher to look in the mirror and take responsibility but if we are going to get back to protecting our citizens at full strength, we better take control of our own actions and that begins with taking full responsibility for the lack of recruiting.

Your initial response to this will be to ignore it because I know how difficult the climate has become and I know all too well how evil and corrupt the media and politicians have been but that is certainly not a new phenomenon.

How police leaders have reacted has changed.

If external forces, we don’t control, are the blame for the lack of law enforcement recruiting, then why isn’t it happening to every agency? The truth is that there are many agencies across the country without a recruiting problem but those agencies are known for standing up for what is right, proper and civil. In fact, if you called me today and asked me where to work, I would give you several agencies that are being led with courage and professionalism and there is a line of recruits waiting to get hired.

If your agency is suffering with a lack of police applicants, it doesn’t always mean that it’s the fault of leadership but you may have to alter your message to potential recruits to make them understand that they will have your support.

This is probably the toughest advice that I can get anyone to believe but if we are going to correct this, we must believe it. Since we have far too often blamed others for this problem, we think that the problem will “self-correct.” It won’t and as long as we keep believing this, we won’t do what it takes to fix it ourselves. There are a lot of reasons besides our own on why this is happening, but we also have to admit that the next generation of cops are not like us.

When I began in law enforcement, we still had ashtrays in the squad room, but we would also do everything we could to come to work because there was a stigma if you didn’t. We put career above everything and even if we were pissed, we wouldn’t dare consider leaving our squad mates and the thought of changing professions or agencies was a foreign concept.

Today’s generation of new cops and recruits are different and while I believe that is a good thing in many ways, our recruiting must adjust and adapt. Kids today don’t think about spending 30 years at one place of employment, and they value time away from work much more than the previous generation did.

From a leadership and recruiting standpoint, we must adapt to these needs.

Websites & Ad Campaigns Will Solve It

Whenever there is an emergency, you can leave it up to the free market of capitalism to swoop in and help you solve the problem whether it works or not. While I’m glad that many of our leaders have recognized the need to spend resources on recruiting, so much of what I’ve seen is a complete waste of time and money. Upgrading your website is a good thing but don’t even think for a second that this will add any recruits. A fancy recruiting video is cool but how many new hires said that they had no idea they wanted to go into law enforcement until they saw those sweet cutaway edits in that 90 second YouTube video?

There is no shortage of marketing companies promising more “hits” on your website and I’ve seen millions of dollars spent in recent years from agencies that thought they were getting recruits when all they got was a 65-year-old police supporter commenting on their website.

We Are Not The Experts

I like the effort and I appreciate when any leader sees the need to do things differently but just because we do things different does not mean success. Many of the companies asking for your money and making you promises, have absolutely no idea about the law enforcement profession and it’s certainly not going to be their specialty. If you have spent money with anyone designed to increase recruiting, stop letting them tell you about web “hits” and “engagement.” You need to see how many recruits you actually got from the effort, and you should be able to place a price on getting each recruit.

It’s no secret that I’m a huge fan of SAFEGUARD Recruiting. I met the founder at one of my Courageous Leadership Seminars and he told me that he had been successful in recruiting within the trucking industry and that he believed his team could help.

Not only have they helped, but they have revolutionized law enforcement recruiting beyond my imagination. I’m hopeful with the progress I have seen thus far but I also see the expected pushback in a profession that is accustomed to doing it “their” way.

Let me encourage everyone that is struggling with recruiting to simply give them a call. Their advice is free, and I personally know of one agency that locked in several recruits in the weeks that followed that phone call.

Those that hate us have no sympathy for our recruiting problems and the citizens that we serve aren’t likely paying attention. But there will come a time in the near future that our excuses will have to end, and we will need to ensure the safety of our community.

The best way to do that is to recruit and do it effectively.