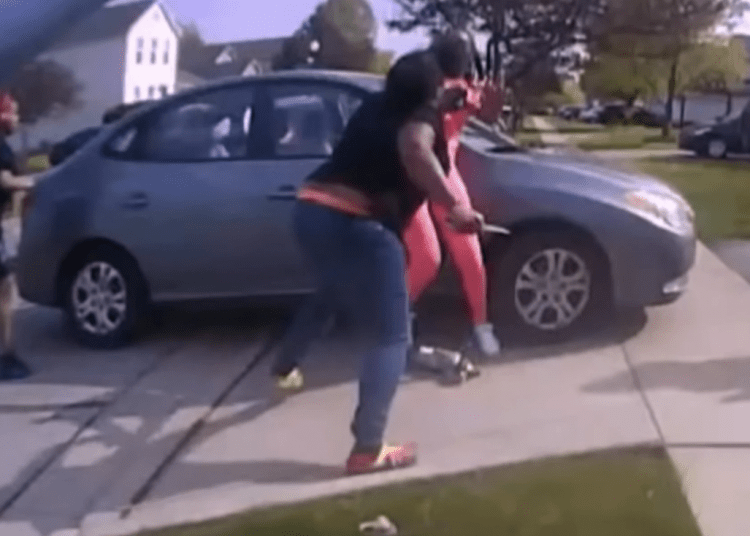 Over time, since first sending journalists to Saigon in or about 1964, such as NBC’s Garrick Utley, foreign wars in which America has had boots on the ground have increasingly become an intimate part of our lives here, stateside.[i] We have become accustomed to the macabre, unsanitized reality that is military conflict. During the last 50-plus years, television and advances in video technology have served to personalize what was once a remote story of failure or success, victory or defeat. Now we are subjected to the gruesome images of dead children mangled by the explosive blast of a nearby bomb hit. We witness in real-time the emaciated faces of prisoners or the displaced, and we see the destruction of whole cities after a scorched-earth campaign. War is no longer simply a feel-good nationalist inspiration that underscores the power of your country’s defense system: It is real! It is in your face. It has palpable consequences.

Likewise, those same technological advancements have brought the life and times of your average big-city cop into your living room. The mystery and romance of Miami Vice has been wiped away by the hideous truth of life on the streets of America. Since first starting as a rookie cop in 1978, I was always taught that any physical confrontation between a civilian and a police officer is an armed confrontation: The logic being that you, as a police officer, are always armed; therefore, if you are rendered unconscious or helpless in any way, you can be disarmed by your assailant and… well, you get my meaning.

As importantly, police officers have a moral—and legal—duty to act in the face of conflict or active criminal behavior. A civilian can retreat, choose not to become involved, but a police officer does not have that luxury. When dispatched to or randomly encountering any suspicious or overtly criminal activity, a police officer has a duty to stop and inquire, and, if appropriate, intervene. And unlike the average citizen, police officers confront these threats on their lives or the lives of others with far more frequency. Forcing them to routinely make what could be life-and-death decisions in an instant. After all, this is their job description: To Protect and Serve.

Unfortunately, as a result of a confluence of circumstances, all of which have to some degree or another impacted the current attitudes toward police use-of-force, we have crossed the Rubicon, alea iacta est: Aside from an unprecedented increase in violent crime, police are also dealing with the abject apathy of the mental health profession and our government when it comes to the chronically insane. The criminal justice system—and police officers who man the front line—have become the final filter of all that is wrong with American society in the 21st century. Either this current attitude is merely a reflection of the cyclical nature of our social evolution or we are destined for a dystopian future bereft of reason.[ii] Police have come under attack; law enforcement has been generally labeled “systemically racist.” The men and women in blue have been collectively accused of targeting black lives for no greater reason than the color of their skin. The need to uncover and document the facts and evidence leading up to and surrounding any police-involved shooting or deadly use of force has been relegated behind the needs of those who protest to gain instant gratification over truth.

On Thursday, April 22, 2021, Columbus, Ohio police officer Nicholas Reardon was dispatched to a 911 disturbance call at 4:36 p.m., arriving some ten minutes later at what purports to be the foster home of 16-year-old Ma’Khia Bryant. Paula Bryant, whose role in Ma’Khia’s life is unclear, called her biological daughter “a funny and loving child with a popular TikTok account.” However, when Officer Reardon arrived on the scene, Ma’Khia was clearly agitated, brandishing a knife, and shortly after, she pushed one girl to the ground as she attacked another young lady clad in a pink dress who appeared to be pinned in by a vehicle parked directly behind her. As Ma’Khia “appears to swing a knife at [this] girl in pink… Reardon shoots Bryant,” who later, sadly succumbs to her injuries at a nearby hospital.

The immediate public reactions were widespread protests with agitators repeatedly yelling out “Say her name!” Media outlets and local activists demanding a federal probe of the entire Columbus Police Department. And, of course, NBA star and self-proclaimed social-justice advocate, LeBron James, quickly tweeting “YOU’RE NEXT #ACCOUNTABILITY” juxtaposed with a photo of Officer Reardon.[iii] The most impressive aspect in the wake of this incident is the utter silence apropos the girl in pink whose life was undeniably spared due to the quick actions of Officer Reardon. Few seem to even notice, and those lone voices that bring it up are drowned out by the chorus of folks who want Officer Reardon criminally charged and prosecuted in a vacuum—NOW!

On the night of Friday, June 12, 2020, Atlanta police officer Garrett Rolfe shot and killed Rayshard Brooks as interactions between the two in the parking lot of an Atlanta Wendy’s escalated. Brooks, who was believed to have been drinking that night, physically resisted arrest, disarmed one of two officers on the scene of their Taser™ gun, and then pointed it at Rolfe, trying to fire it, as he attempted to flee. Rolfe, a seven-year veteran who clearly feared for his life, fired at Brooks causing his death. Officer Garrett Rolfe was summarily fired by the agency the day following the shooting, according to one source, “to accommodate a 5 p.m. news conference by [Mayor Keisha Lance Bottoms, who was] announcing his termination.”[iv]

Fulton County District Attorney (DA), Paul L. Howard, Jr., was quick to charge Rolfe in Brooks’ death, which Clark D. Cunningham, a law professor at Georgia State University suggested may be seen as “an improperly motivated prosecution.”[v] The DA was so myopically and intensely driven to target Rolfe and his partner, Officer Devin Brosnan, that he did so while the GBI’s investigation into the incident was still ongoing. DA Howard, who has since been unseated by opponent Fani Willis during an August 2020 run-off election in Fulton County, told a packed house during a press conference – one month before Brook’s death—that under Georgia law, a Taser was considered “deadly force.”[vi]

In light of our collective ignorance on the subject, let me risk being the first to reveal to you that police officers are not perfect; they are not without flaws; they are human with all of our attendant frailties. It is very easy and sometimes convenient to forget this fact. An organization in Illinois, the Force Science Institute, led by William Lewinski, Ph.D., has been at the forefront and continues to lead the study of force dynamics typically at issue during police-involved shootings and related police use-of-force scenarios. And one thing that I must emphatically state here is that the average citizen—and even the average police officer—knows very little about the underlying psychology of “high-stress, rapidly unfolding encounters.”[vii]

We are witnessing an era where the media and our elected officials are placing politics above the rule of law. Our system of jurisprudence is becoming increasingly malleable, where the policy and practice of stare decisis has become less binding if not non-existent. We are bending the rule of law to create unsustainable precedence if we are to continue being a country of laws—one that employs law enforcement to maintain the peace and ensure public safety. Few would argue that the current generation is defined by the need for immediate gratification; never having toiled or lacked for anything, this generation’s middle and upper class is understandably entitled. I get it. But the path we follow in this reckless mission to erase law and order, defund and disband police, make extinct the concept of incarceration, is tantamount to inviting the world to embrace the worse of us and abandon or “cancel,” as they now call it, the best of us. No one with even a modicum of intelligence can envision a society without laws, police, or jails; the idea is as dangerous as it is irrational.

As these ill-advised, emotion-driven processes like defunding, disbanding, and handcuffing law enforcement continues, civil society will continue to witness and experience precipitous increases in lawlessness, violent crime, and civil unrest. Lives will be lost in wholesale numbers. Police officers are incapable of changing the way people react to their presence when summoned to intervene in the unfolding dynamic which, ironically, precipitated the law enforcement response in the first place. However, every police officer has a moral duty to return home to their family at the end of the day, and until everyone who criticizes them and calls for their demise walks in their boots for a while, it will be impossible for folks outside the profession to personally understand what happens on the street.

[ii] “The dystopian future of a society bereft of reason” – J.S. Ellis