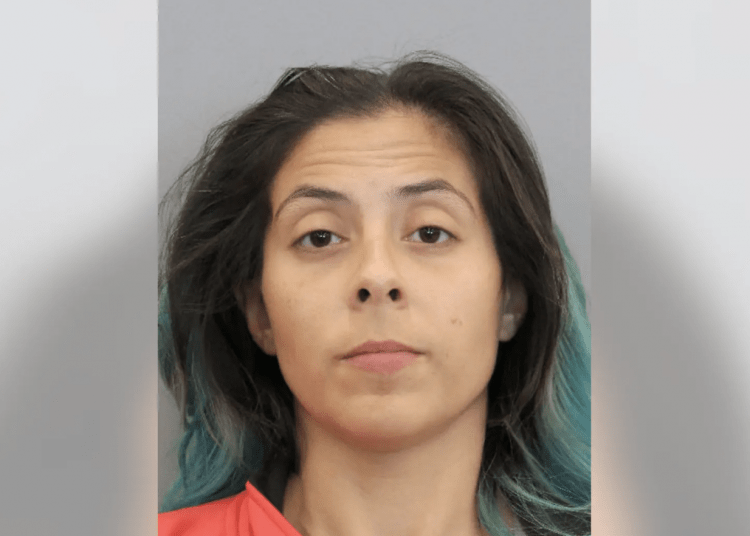 Theresa Balboa was arrested and charged with evidence tampering Wednesday in relation to a boy's body who was found in a motel room. (Houston Police Department)

JASPER, Texas — The Jasper Police Department received an anonymous tip through Crime Stoppers on Tuesday, and searched a motel where they discovered a boy’s body. Authorities believe the deceased child is a missing boy, Samuel Olson. The girlfriend of the boy’s father has been arrested.

Theresa Balboa has been identified as the suspect who was taken into custody, KPRC 2 reported. She originally reported the boy missing last week.

“At this time, we believe the child to be Samuel, but we cannot confirm that it is him until the medical examiner makes that determination,” Houston Police Department Assistant Chief Heather Morris said at a press conference Wednesday morning.

Dalton Olson, the father of Samuel Olson, spoke to KPRC on Wednesday, saying he wants “justice for his son.”

“I don’t know what’s going on. I found out what happened last night,” Olsen said. “I can barely breathe.”

Asked what he would want to tell Theresa Balboa, his girlfriend who is now charged in the case, he replied with dismay, “Why? He loved you so much. I do not understand what happened. Why did you, why did you do this?”

Samuel would have turned 6 over the weekend. He was originally reported missing last Thursday by Balboa, Fox News reported.

At that time, she reportedly told police that the boy’s mother and a police officer came to her home and took Samuel away. However, her story started falling apart as police investigated her claims.

As a result, Balboa was arrested at the motel and charged with evidence tampering, although more charges are likely as the investigation continues, Morris said.

It is with great sadness that I share with you that a body – of who we believe to be 6-year-old Samuel Olson – was recovered in a motel room in Jasper, Texas, earlier this evening.  1/2

The last day Samuel was in school was April 30, according to Morris. Now detectives are trying to piece together his whereabouts for the last month as well as determine how he ended up in Jasper, which is about 130 miles northeast of Houston, Fox reported.

Balboa was out on bond from a November incident in which she is accused of assaulting Dalton Olson.