The suspect raised the knife in a stabbing motion, placing the victim in peril, as the officer fired 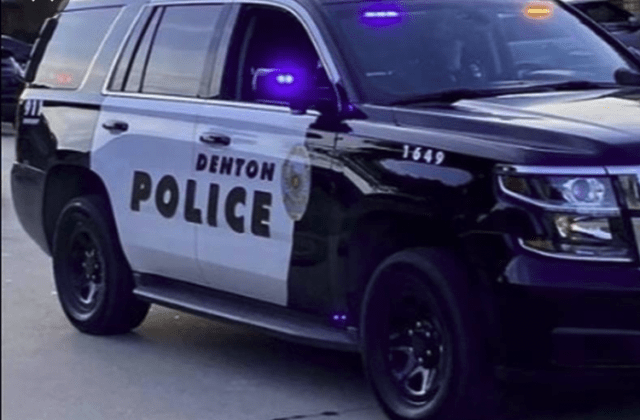 DENTON, Texas – A police officer in north Texas fatally shot a hostage taker early Saturday morning as the suspect held a woman with a grip around her next and raised a knife in a stabbing motion, according to a report.

The Denton Police Department said they received a call around 1:30 a.m. of a man saying he wanted to kill himself due to “problems” with a woman, NBCDFW reported.

Police responded to the Vibe Apartment Homes in the 1600 block of E. McKinney Street. Upon arrival, officers saw a man holding a knife to a woman as he gripped her around the neck with his arm. Moreover, the man apparently raised the knife several times in a stabbing motion, according to authorities.

Despite their best efforts to get the man to surrender, it became apparent that he would not release the hostage, who remained in peril due to the actions of the armed suspect.

Finally, after continuing attempts to de-escalate, the suspect raised the knife to the woman again in a threatening manner. As a result, one officer fired one round and struck the man in the upper torso.

The hostage was rescued, unharmed, and taken to a safe location, according to the news outlet.

The suspect fell to the ground and still maintained control of the knife. Hence, officers deployed the Taser in order to disarm him.

The man was taken to an area hospital where he died a short time later. His identity is currently being withheld pending family notification, NBCDFW reported.

There were no officers injured during the fatal encounter. The Texas Rangers will handle the investigation.

The unnamed officer who fired his weapon and neutralized the dangerous man is a three-year veteran of the department.