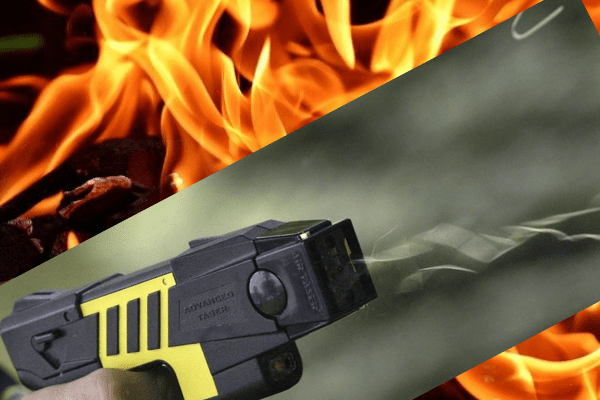 CATSKILL, N.Y. — A New York man was in critical condition at a hospital after police used a Taser to subdue him and he burst into flames, authorities said Friday. ABC News reported that the 29-year-old man walked into the Catskill Village Police Department last weekend and got into a confrontation with officers. Chief Dave Darling confirmed to the Times Union of Albany newspaper that officers deployed a Taser to subdue the man, who had just doused himself with hand sanitizer. The man burst into flames after the Taser was used.

Darling said the officers were familiar with the man and they “were afraid he was going to hurt himself, and that’s what started it.”

Darling described the situation as “horrible” and said it was under investigation by the Greene County district attorney’s office.

Kevin A. Luibrand, an attorney for the man’s family, declined to discuss details but said he had asked the police to preserve all recordings and written materials related to the encounter.

The Catskill Village Police Department do not have video cameras in the police building and officers era do not have body cameras.