An open letter to police officers 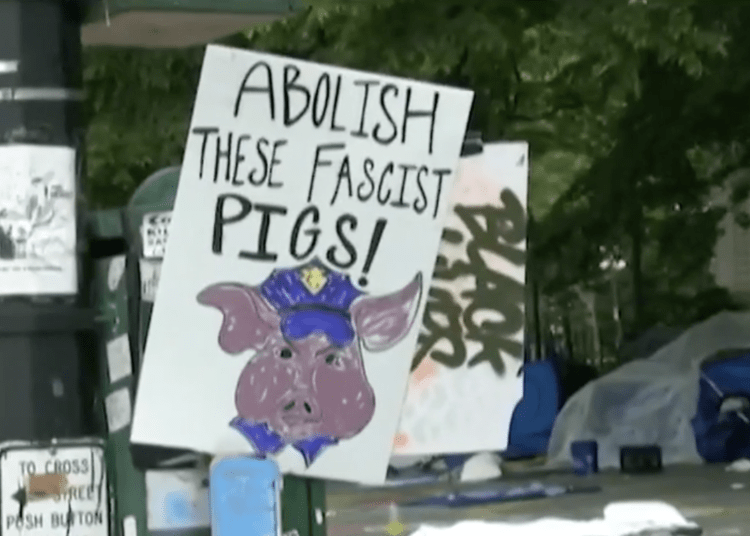 This post is strongly-worded. I say these things not to be cruel, but because I care about police officers and because I’m worried that our nation is descending into a place that will soon be difficult to climb out of.

Yesterday I put forward the following question on Twitter.

“Why are so many cops willing to just sit back and take the abuse, as if it’s their fate? Why do the same few voices always seem to be the only ones pushing back?”

Someone (I assume this person is a police officer) countered that standing out from the crowd could cause you to become a target.

As a police officer in an unforgiving climate, you fear that one misplaced word or act will cause you to lose everything – your hard-earned pension, a career you’ve dedicated your life to, your and your family’s standing within your community, and perhaps even hostility from within your own department for daring to make waves. You have a mortgage, bills, and a family who’s depending on you. There’s too much at stake.

You already feel like you’re walking on egg shells, are having to navigate office politics, and worry that should you become involved in an incident, your command won’t have your back. The stress is overwhelming at times.

As someone who’s openly advocated for law enforcement in a city that’s been hostile to police, I also know what it feels like to stand alone and to feel paralyzing fear. The uncontrollable shaking of your hands when speaking in front of a group of people who resent what you have to say. The nagging worry that your reputation will be tarnished for saying something taken out of context. The deep breaths you take before reading your hate mail.

I also know, as you do, what’s at stake.

You’re being violently targeted in increasing numbers. You’re being indicted by zealous prosecutors simply for doing your job as prescribed by law. Your departments are so understaffed that you run from crisis to crisis. The stress is impacting your personal relationships, family life, and possibly your health.

This is no longer just about you, though.

Because of the defunding, demoralization, and attacks, there are fewer of you to answer our calls. And because you’re spread thinly and are exhausted, you’re more prone to making mistakes and are less effective.

Nobody’s asking you to to take unnecessary risks or to be a jerk about it. But I’m hard-pressed to believe there’s nothing you can do. Especially when I see the same individuals and organizations regularly willing to take risks by pushing back against false narratives.

There is power in numbers.

When I ran We Support the Madison Police Department, for example, we lobbied city government for more police funding. Few thought it could be done in that environment and with that government body in control. We ran a letter campaign that resulted in about 150 citizens demanding more cops. We put pressure on the city council -peacefully and legally- and it worked. That’s all it took to create meaningful change: 150 letters.

You have the same exact power. Granted, it’s more difficult to speak out if your union is mediocre, or say, if they endorse and fund political candidates who are hostile to police.

You can, however, still strategize and brainstorm with trusted colleagues. You can reach out to police organizations and trusted retired colleagues for guidance. You canwrite to your elected officials. You can show up to union meetings and make your voice heard. You can work to find a more effective union. You can respond to action alerts. You can organize support groups for your families.

Policing can be fixed. It won’t, however, happen quickly or without more voices speaking out.

It may seem easier to hope this will all blow over (people have been saying that for seven years now; it’s actually worsened because there’s been relatively little pushback). Or that if you stay quiet, maybe the bullies will leave you alone. Or to hinge your hopes on things returning to normal after the November mid-terms. The better strategy, I strongly believe, is to be proactive.

I welcome your thoughts, even if you disagree; though personal attacks will be ignored. You can reach me at [email protected]

This article originally appeared at For The Blue. We are honored to have them as a strategic partner.

Share and speak up for justice, law & order...
Tags: for the blueLeadershippolicepolicing