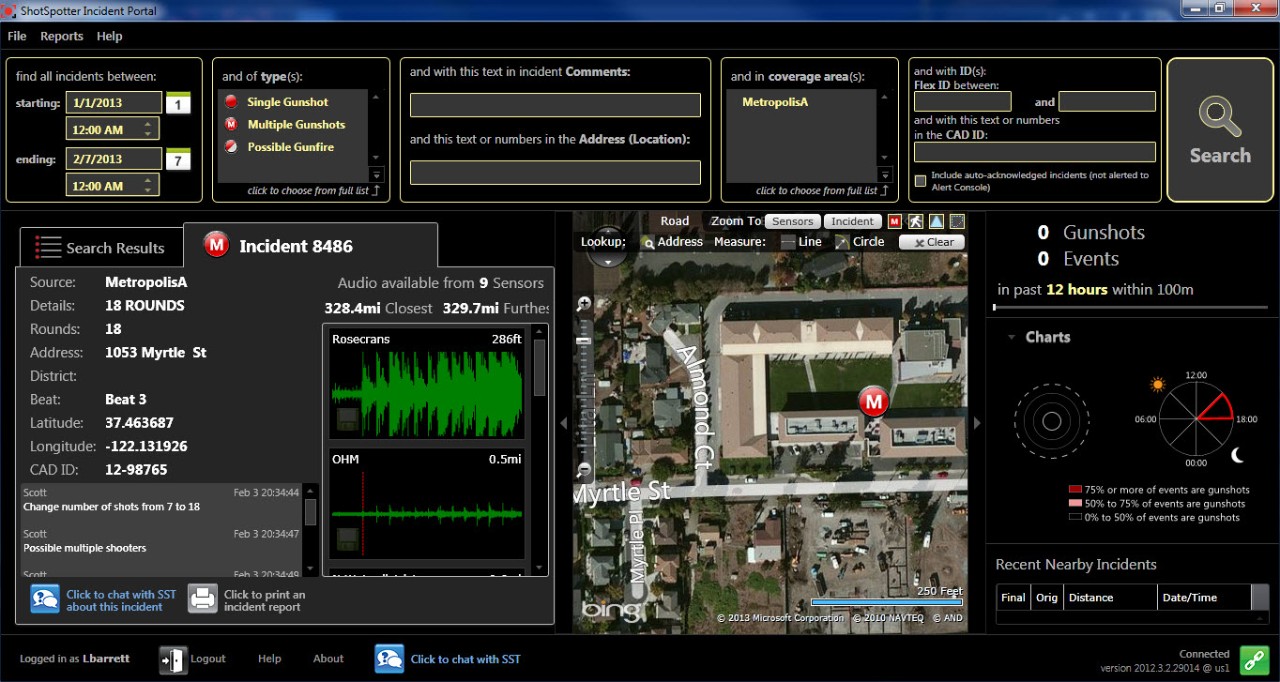 New Haven, Ct., Police Chief Dean Esserman joined the department in 2011, and over the past four years has seen gun-related crimes decrease dramatically, he said, due in large part because of ShotSpotter. The gunshot detection technology currently covers a small portion of the city, but this year, the department will triple coverage in the city.
"We are tremendous believers in ShotSpotter here in New Haven," Esserman said . "For four years in a row, the number of homicides has been steadily declining, from 34 in 2011 to 12 in 2014, and remains steadily declining. That’s a pretty dramatic steady decline in crime from 2011 to last year, and there is probably more than one reason, but ShotSpotter was an important reason."
The number of non-homicide shootings went from 133 in 2011 to 60 last year, and the number of shots fired went from 425 in 2011 to 181 in 2014.
"ShotSpotter serves as an accurate citizen, calling 911 faster than you or I would call, with more specificity and accuracy," Esserman said. "Calls [from Shot Spotter] come in with the accuracy of exactly where the shots were fired, how many shots were fired, how many guns were involved, and whether it was moving; like running down the block or in a car or stationary. That timely and accurate information is remarkable and a powerful tool to build trust between police and the community."
Esserman added that ShotSpotter evidence is even assisting detectives in court, as corroborating evidence in testimony, bringing the number of unsolved crimes in the city down.

The USAF Police Alumni Association is honored to announce the launch of USAFPolice.org, the first website dedicated to preserving and honoring the service, sacrifice and history of the Air Force’s largest career field—Air Force Cops. All current, retired and former Airmen are invited to visit the site and review the many accomplishments of the USAF Police. This site also maintains a memorial for all USAF Police who have paid the ultimate sacrifice.
The USAF Police Alumni Association was formed shortly after it was announced that the USAF Security Forces Museum, located at Lackland AFB, Texas, would be closed and consolidated with an existing USAF Heritage Museum there.
"Something had to be done to protect the proud history and traditions of the USAF’s largest career field," John Shanks, USAF retired, Law Enforcement, says. Shanks, who is the founder and co-chair of the USAF Police Alumni Association, notes that today’s virtual and digital world allows a true museum and memorial without a physical building. Visit the memorial today at USAFPolice.org.