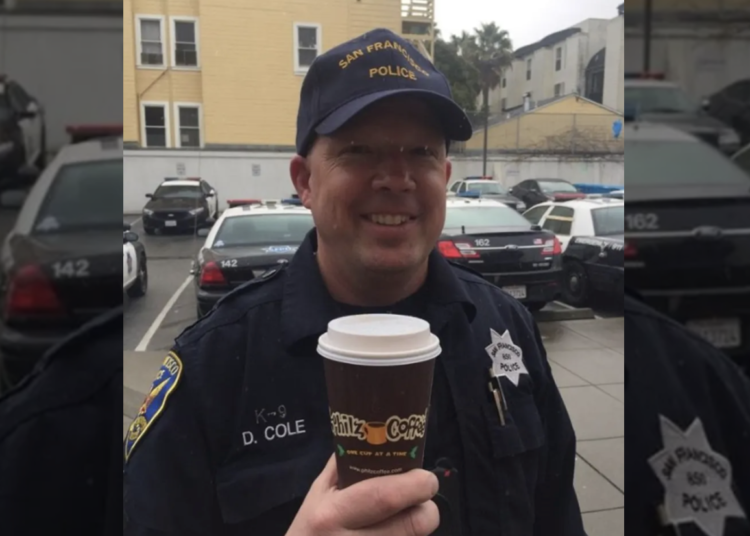 SAN MATEO, Calif. — A sergeant from the San Francisco Police Department was taken into custody on Wednesday for allegedly engaging in a robbery at a Rite Aid, authorities said.

The incident occurred Wednesday at a Rite Aid in San Mateo, which is about 20 miles south of San Francisco, spokeswoman Alison Gilmore of the San Mateo Police Department said, according to Fox News.

Officers responded to the drug store chain about 6 p.m. regarding a robbery in progress, Gilmore said.

Davin Cole has been identified in the criminal allegations. A source told KTVU-TV that Cole allegedly demanded painkillers from the pharmacy. Authorities did not say what was taken or if anyone was hurt.

Under California law, the elements of robbery include “the felonious taking of personal property in the possession of another, from his person or immediate presence, and against his will, accomplished by means of force or fear.”

Cole was booked on charges of robbery in the second degree and resisting arrest. He posted bond of $57,500 and was not in custody as of Friday morning, KTVU reported. The “resisting” part apparently occurred when he allegedly tried to run from the scene.

Part of the sergeant’s career was spent helping those addicted to substances get the help they need through treatment and housing.

Very sad to learn SFPD Sgt. Davin Cole was arrested last night for burglary in San Mateo. He spent much of his career working to get people into drug treatment & housing. Here’s a video from a ride along I did 2 years ago pic.twitter.com/R8hLYuPsd3

San Mateo police said their investigation is ongoing. They would not disclose if Cole was armed during the alleged crime. The case has not yet been submitted to the San Mateo County District Attorney’s Office for review.

Cole is a 27-year SFPD veteran and was assigned to the Field Operations Bureau. He has been placed on leave pending an internal investigation, according to SFPD.

Second degree robbery in California is punishable by imprisonment in state prison for “two, three, or five years.”