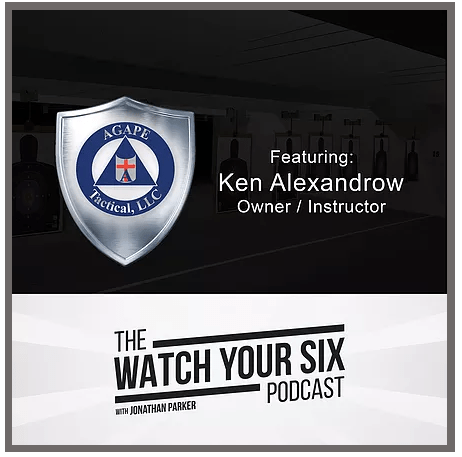 No Result
View All Result
Home Watch Your Six

Ken Alexandrow, founder of Agape Tactical, spent 26 years serving the citizens of middle Tennessee as a career police officer.  He worked patrol, as a training instructor for the Metro Nashville Police Academy, on the FBI Violent Crimes Task Force, and as a Field Training Officer.  In this episode, Ken talks about the services offered by Agape Tactical, the benefits of scenario and reality-based training, and another area of expertise – church security.  He offers tips for starting a church security team and recruiting members to serve

Assuming the audience understands the need for protecting houses of worship, Ken suggests approaching church leadership about starting a team.  He recommends recruiting team members for a rotation so that serving can be ministry and not more work.  Recruiting fellow officers can be a great way to reach those not connected with a church, and recruiting civilians can be a positive way for officers to build relationships outside of the law enforcement world.

One of Agape Tactical’s specialties is having the equipment (RedMan Suits, Simunition Guns, Blank Rounds, etc.) to facilitate hands-on training for civilians and on-location. 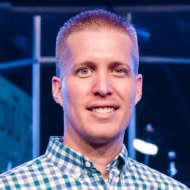 Jonathan Parker
Jonathan Parker is a professional communicator, trainer, podcaster, and pastor who is passionate about serving law enforcement officers and their families.

Jonathan was raised in Savannah, GA, and after earning a Bachelor of Science in Criminal Justice and Bachelor of Arts in Spanish, he moved to Cleveland, TN to complete his graduate studies.He graduated from the Pentecostal Theological Seminary in 2006 with a Master of Divinity.

Jonathan began working with the Chattanooga Police Department in 2007, and has served on Patrol, as a School Resource Officer in an inner-city high school, and as an adjunct training instructor for multiple agencies.He was twice named “Officer of the Year” for the Chattanooga Police Department, received two life-saving medals – one of those for performing CPR on his wife Meredith who was clinically dead for over 15 minutes after suffering a massive heart attack eight (8) days after the birth of their daughter, and he also received the Tennessee Governor’s Homeland Security Award from former Tennessee Governor Phil Bredeson.

Jonathan is the host of the “Watch Your Six” podcast, which serves law enforcement and first responder families by providing practical resources in six critical areas to help them successfully navigate life and their career.

Jonathan, Meredith, and their daughter Olivia are the founding Pastors of Cop Church Chattanooga, a worship gathering for law enforcement families that launched in February 2015.

Jonathan can be reached via his website at www.JonathanOParker.com or www.CopChurch.com.

Get Fit for Duty, Fit for Life

Here’s Why Marriage Should Matter More to Cops

Finding Purpose When Life Is Bad