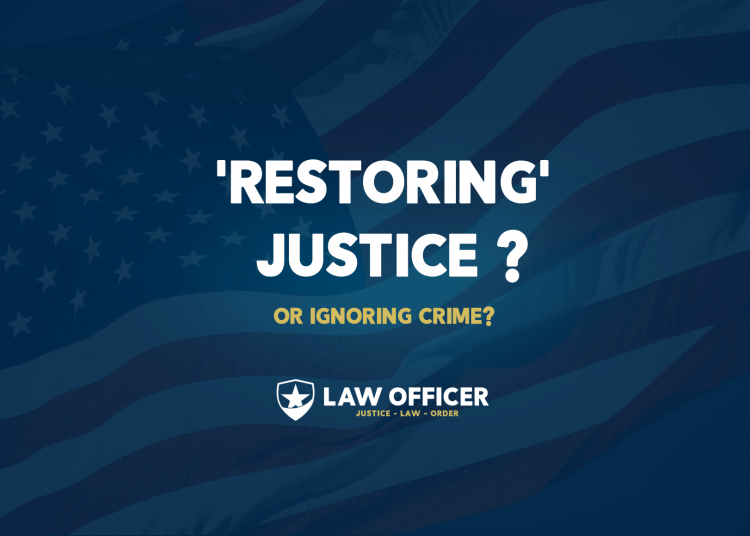 Despite a record surge in violence in 2020 many prosecutors that have implemented “restorative justice” programs still believe they will reduce crime. But with another spike in violent crime so far in 2021, it seems these prosecutors are gambling with public safety in their respective communities.

For example, St. Louis Circuit Attorney Kim Gardner has no plans to change course, despite the obvious fact that her city is becoming the most dangerous in the nation.

Gardner told 60 Minutes earlier this month that, “It’s about the will of the people. And the people of St. Louis overwhelmingly voted me in to do my job to reform a system that we all know is beyond repair. It needs to be dismantled and rebuilt.”

Newly available data from the FBI revealed that the U.S. murder rate in 2020 was at its highest since 1998 and the highest one year increase in history. Those facts have reversed a two decade trend of declining crime and improved standards of living in urban areas.

But if prosecutors like Gardner want to “dismantle” and “rebuild,” they should realize they’re building on top of the death and destruction in some of America’s most impoverished communities.

And Gardner seems to be the all-star in her quest to destroy, as some experts believe that the current murder rate in St. Louis is the highest ever recorded in a United States city, with 87 homicides per 100,000 residents.

Of course, since their efforts have more to do with ideology than the reality of crime, their ever-so-woke “reforms” need holier-than-thou labels. For example, the so-called “reforms” touted by district attorneys such as Kim Gardner (St. Louis), George Gascon (Los Angeles), and Larry Krasner (Philadelphia) have been dubbed measures of “restorative justice.” Underneath the fancy labels are measures that have already proven to increase victimization, not reduce it. These include decisions not to charge criminals for low-level crimes, negotiating prison deferment agreements, and eliminating cash bail—which may seem fair, but often just give criminals the opportunity to re-offend.

Even worse, it seems these DAs, like so many other wanna-be-woke folk, are falling over each other to bring attention to themselves. It’s difficult to ignore how Krasner seems to be trying to catch up with Gardner’s star status. Since taking office, the homicides in Philadelphia have increased 49% with a 30-year record in 2020 when 500 citizens were murdered. The “reforms” and the rise and crime are undeniably correlated.

And no wonder: according to the Washington Examiner, Krasner failed to prosecute or lost 26% of all felony cases. On illegal firearm cases, the numbers are even more dramatic, with Krasner’s office dropping or losing 47% of all the related cases.

Perhaps most appalling is the scapegoating. Aside from cops, COVID-19 has proven to be real handy for making excuses.

So far Krasner has avoided any blame by blaming the increase on COVID-19 and police failing to make arrests in many shootings. Just this week at the International Conference on Law Enforcement & Public Health held in Philadelphia, Krasner said that the reason Philadelphia’s economy is “in the tank” is because of aggressive law enforcement.

Crime actually has quite a bit to do with the economy. Call us crazy, but the higher likelihood of being a victim of violence tends to drive people away. People want to be free, and that includes being free from being a victim of crime.

St. Louis has seen a double-digit drop in prosecutions overall. And the city’s conviction rate has dropped from 72% to 53%. And unbelievably, only 23% of all criminal cases referred from police are going to court.

Activists around the country share the same opposition to bail as many woke-minded prosecutors, including San Francisco’s Chesa Boudin. In many cases, removing bail has led to disastrous results and increase in violence, no matter how hard mainstream news and social media try to hide the facts and consequences.

Santos, a homeless 24-year-old, could not pay the $500 bail without outside help. He was eventually arrested again in August 2019 for allegedly groping a woman—and was bailed out again in October by a group called the Bronx Freedom Fund.

Just mere weeks after his court hearing, Santos was indicted after he allegedly beat five homeless men with a metal pole, killing four of them.

Maybe Kim Gardner is right… “It’s about the will of the people.”

If the “people” don’t step up, the deadly experiment called “restorative justice” will continue to wreck havoc in some of our most vulnerable communities. Undeniably, measures  of “restoratice justice” are already causing unecessary violence— or “unrestorative injustice,” if all the woke double-speak is necessary.