It increasingly feels as if we’re living in a dystopian novel. In part one of this saga, leaders and figureheads have built a narrative about militarized police who need to be micromanaged – all while simultaneously creating policies that decriminalize crime. By part two, crime has surged as predicted, yet these same decision makers offer platitudes, are silent, or insist that current events are not a reflection of their failed policies.

What will part three look like? Will we, the citizenry emerge victorious or are we destined to travel indefinitely on this unsustainable path?

While nobody can predict the future with crystal clarity, a panel of law enforcement veterans offer insights into what they believe we can expect going forward. The good news, they say, is that there’s hope. Meaningful change, however, will likely happen slowly, and it will be met with resistance and roadblocks.

The damage that’s been inflicted upon policing -as well as the citizenry- has been severe. The problems, as outlined in the first installment of this three-part series on the current state of policing, are complex and multi-factored. These issues won’t just dissipate because we will them to.

Before continuing, I’d like to note that there are references to politics in this post. While this is not a political blog and I don’t work for any party, politics most definitely impacts policing so it needs to be part of the discussion. That said, I will work with any elected official who has a genuine desire to support police and protect the public.

The people contributing their thoughts to this series are accomplished law enforcement professionals. You can read more about their impressive careers in the first installment. Chief of Police (Ret.) Michael C. Koval, City of Madison (WI) has a law enforcement career that spans 37 years, two of which were performed as a special agent for the Federal Bureau of Investigation. During his 35-year career at the Madison Police Department, Koval served in a number of critical roles, including as SWAT hostage negotiator, field training supervisor, and lead legal instructor. As chief of police, he created MPD’s dedicated mental health unit; championed community policing; and expertly balanced the needs of the community with that of the safety and well-being of his officers – all during a tumultuous time for law enforcement. 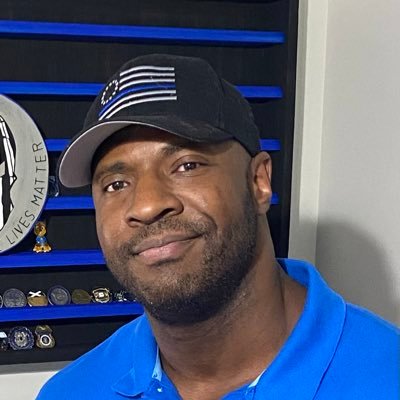 Sergeant Zeek Arkham has 15 years of law enforcement experience at a major city police department. He’s also the host of Reasonable Suspicion, a podcast that centers on policing and other contemporary issues. He’s a strong and articulate voice for law enforcement at a time when policing continues to be under attack. Sergeant Betsy Brantner Smith is a 29-year veteran of a suburban Chicago police department, where she worked in a number of critical roles including investigations, narcotics, hostage negotiation, and field training. She’s a speaker and prolific author, and currently serves as the National Police Association’s media analyst and spokesperson.

Factors Working in Our Favor

Let’s start with the positive factors that will help us navigate back to normalcy.

Cops are born to serve

Everyone’s wired differently. While some people, for example, may have an innate drive to paint masterpieces, others have a burning desire to understand how the universe works. These differences in abilities and preferences are what helps give meaning to our lives and allow us to enjoy the best humanity has to offer.

The men and women who enter the policing profession also have a calling – to protect and serve. This helps explain why cops are still willing to wear a badge and Kevlar® despite the incessant abuse and disrespect leveled at them.

“American law enforcement officers truly have a ‘servant’s heart,’” the Smiths explain. “No one goes into this profession looking to get rich; we pin on a badge and strap on a gun belt to help, to protect, to serve.”

While police departments -depending on the region- are understaffed, there are still people willing to defend us from harm, protect our civil liberties, and serve their communities.

“Despite the incredible assault on the profession since May of 2020, at least 700,000 police officers continue to show up for work; they make traffic stops, serve arrest warrants, find lost children, patrol rural areas, investigate accidents, deliver babies, and yes, they get hurt, and sometimes killed,” the Smiths say.

Americans are weary of crime

Most of us want to live in peace and be able to exercise the liberties guaranteed by our Constitution.

A historical Gallup Poll on crime indicates that Americans have overwhelmingly become concerned about crime, and disillusioned with leadership’s ability to protect them. In 2020, when asked how they felt about “the nation’s policies to reduce or control crime,” 49% of respondents said they were either somewhat dissatisfied or very dissatisfied. In 2021, that number had risen to 65%; and this year it’s at 72%.

It’s these concerns that serve as a uniting factor. “Sadly, an environment that continues to devolve into violent crime will also serve as a galvanizing call for a return to ‘law and order’ principles in order to salvage what’s left of our major urban centers,” says Koval.

A need for peace and safety has also been an impetus for people’s desire to flee their cities and states.

“Unfortunately, it seems safety is going to become ‘regional’ with urban areas in politically ‘blue’ areas will continue to see spikes in violent crime while suburban and rural areas who lean ‘red’ will enjoy a supportive environment between the citizens and their law enforcement community and the security  such a relationship creates,” the Smiths say.

Indeed, a survey conducted by Manhattan Institute in concert with Echelon Insights found that urban residents who’ve considered moving, cite crime has a top-three reason. Cities like New York City and Chicago are seeing some of the highest exoduses of residents; these places, consequently, have some of the highest crime rates and arguably tone-deaf leaders.

The Obstacles We Must First Overcome

“It is not a hopeless situation but the challenges are very real and continue to affect the ability to attract the ‘best and the brightest’ to the nobility of service as a dedicated law enforcement professional,” says Koval.

It reaches farther than that, though. “The ‘perfect storm’ of politicians, special interests, and media obsession with singular events and amplifying them as if they were the norm, have resulted in a series of false narratives and bumper sticker conclusions that are far from the truth and what data reflects,” Koval adds.

Arkham says politicians have to make a decision. “Policing landscape won’t improve until the pandering and ‘soft on crime’ attitude that leftist politicians are embracing changes. Even after that, it’s going to take awhile to reclaim the streets.”

It May Have to Get Worse Before it Can Get Better

To repair the damage to law enforcement and the nation, the Smiths say one of two things likely must occur.

One, they say, is a “‘9/11’ type event that requires a massive and immediate law enforcement response; one that will remind the American public as well as the nation’s political class, that a free society requires a strong relationship of trust between those who enforce the laws and those who lead.”

A smaller scale of such an event unfolded this morning during rush hour in a New York City subway. The police, as always, were immediately on the scene to aid victims, secure the scene, and launch a manhunt.

The second scenario, the Smiths say, is “an evolutionary process, one that will take years, that will thrust the nation’s borders and urban areas into further crime and chaos, until the American people demand a change.”

How long before we start to see change?

Regardless of how the situation is corrected, law enforcement officers say any change will take time, perhaps even years.

“There has been so much relentless criticism of law enforcement that I believe that it will take significant time and effort to bring the profession back to a level of respect and appreciation once enjoyed only a few years ago,” says Koval.

The landscape won’t correct itself. It will require, in part, courageous leaders willing to support police officers even when it seems unpopular to do so; as well as elected officials ready to shepherd legislation to protect police officers and the public they serve. Thus far, the response from our elected officials has largely been tepid, at best.

Pendulums swing back and forth. This pendulum will eventually swing back too, but movement won’t be quick or easy. In the third (and final) installment of this series, we’ll explore what we need to do to change directions.

Share and speak up for justice, law & order...
Tags: brokenfor the blueLeadershippolicingsubstackzeek