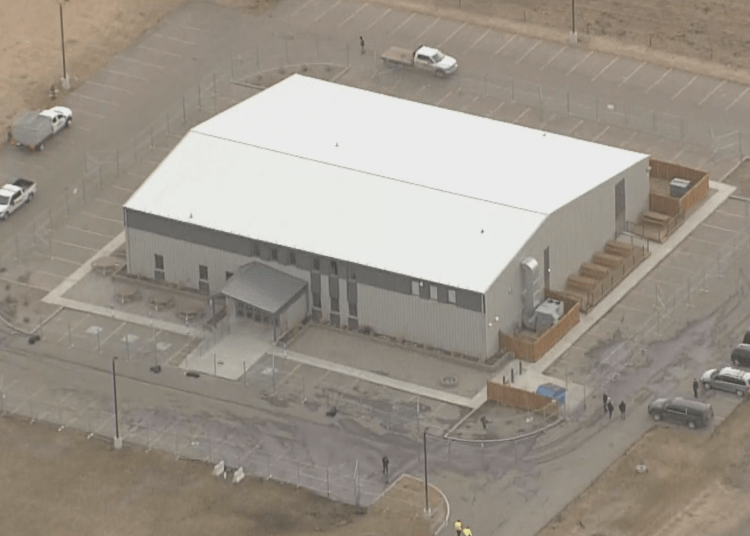 ALBERTA, Canada — GraceLife Church, the Alberta church which made headlines for defying provincial pandemic-related lockdown orders, is being blocked off by police using roadblocks and fencing to prevent worshippers from reaching the building.

Roads blocked and fences going up around GraceLife Church this morning… pic.twitter.com/qSbLXRWKut

The church first made headlines last month after their pastor, James Coates, was jailed for violating lockdown orders on Mar 5. He was held for weeks before his release on Mar 22, but still faces an upcoming trial.

Sources familiar with the situation say that the premises was raided Wednesday in the early morning hours, Post Millennial reported.

GraceLife is being walled off by two layers of security fencing and a black tarp to obscure the entrance to the church.

RCMP have no documentation to present to the church re:closure, but are keeping members off the property. pic.twitter.com/68E7ntCHVp

BREAKING: @RCMPAlberta confirms they are “assisting AHS as they affect a closure under Section 62.1 of the Alberta Public Health Act.” Fences and barricades going up this morning around Grace Life church. #ableg CBC pic.twitter.com/hCnRJRCfwP

According to the Justice Centre for Constitutional Freedoms, the crime he was jailed for is not punishable by custodial time.

“Unless the Justice Centre secures his release from prison prior to trial, Pastor Coates will spend a total of eleven weeks in jail for a provincial infraction that is not punishable by jail time,” wrote JCCF president John Carpay.

Despite the legal threats made against Coates, the pastor nevertheless made headlines again by opening the church for Easter services earlier this month, according to Post Millennial.

Coates pled guilty to one charge resulting in a fine of $1,500. However, his time spent in jail may count as credit towards that fine.