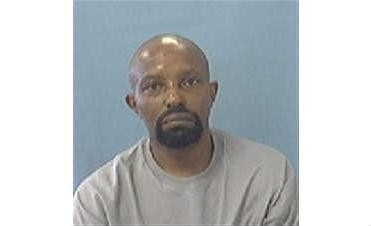 CLEVELAND Investigators trying to identify six bodies found in the home of a convicted rapist in Cleveland are focusing the inquiry on eight or nine missing women.

Authorities reported Monday that all six were black females and five had been strangled. The coroner's office says the manner of death of the sixth woman remains undetermined.

Cuyahoga (ky-uh-HOH'-guh) County Coroner Frank Miller said Monday it could take days or weeks to identify the bodies using dental records or a DNA mouth-swab sample from a relative.

He says the investigation will pay close attention to missing women who were living alone, were homeless or had drug or alcohol problems.

The bodies were discovered last week after police went to the home of 50-year-old Anthony Sowell with a warrant in a separate case. He was arrested Saturday.

It could take days or weeks to identify the bodies using dental records or DNA mouth-swab samples from relatives. Cuyahoga County Coroner Frank Miller said his office has begun the "arduous" process of collecting materials from dentists and relatives.

The six women were black and each had been strangled, authorities said. The investigation will pay close attention to missing women who were living alone, were homeless or had drug or alcohol problems, Miller said.

The bodies were discovered last week after a woman reported being raped at the east-side home of 50-year-old Anthony Sowell.

Armed with search and arrest warrants, police went to the home Thursday to arrest Sowell on a rape and felonious assault warrant. He wasn't there, but police found two bodies. Police found the other remains on Friday and arrested Sowell on Saturday.

Sowell hasn't been charged in the rape investigation or in connection with the bodies. Court records and jail officials had no information about whether he had an attorney.

Detectives will seek a warrant to take a DNA sample from Sowell in connection with the homicide investigation, police spokesman Lt. Thomas Stacho said Monday. Investigators also will track his residence history back four years to the time of his release from serving a sentence for rape.

Police will look at unsolved homicides with similarities to see if there are connections to the case, Stacho said.

Police don't believe the Sowell property has more bodies, but Stacho said investigators would send a cadaver dog to the house.

Sowell served 15 years in prison for choking and raping a 21-year-old woman in 1989.

He was a registered sex offender and, after his release from prison, was required to check in regularly at the sheriff's office, which said he complied. Officers also visited his home, most recently on Sept. 22, just hours before the woman reported being raped there.