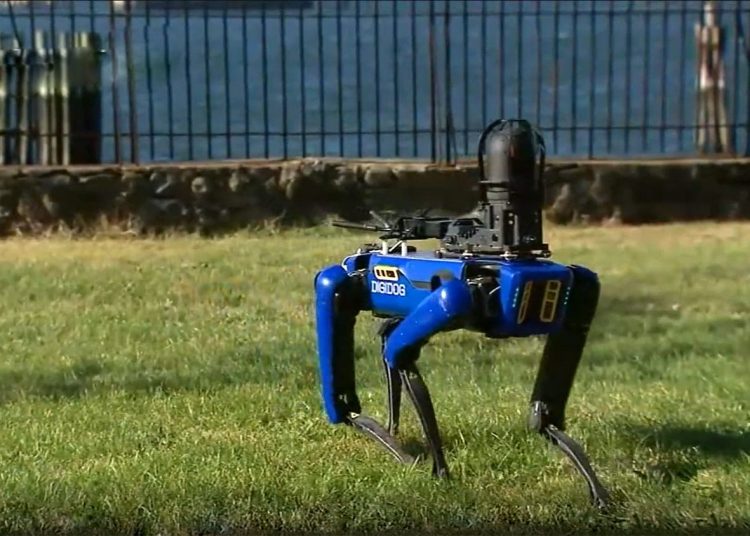 New York City – Not even robots are sage from the anti-police crowd. In February, NYPD rolled out a futuristic robot dog after officers in the Bronx had responded to a hostage situation. The viral video sparked controversy from Representative Alexandria Ocasio-Cortez, D-N.Y., who then called it a “robotic surveillance ground drone,” while praising  activists in her district who pushed back on the tech to demand that police funds should instead go toward investments like school counseling. 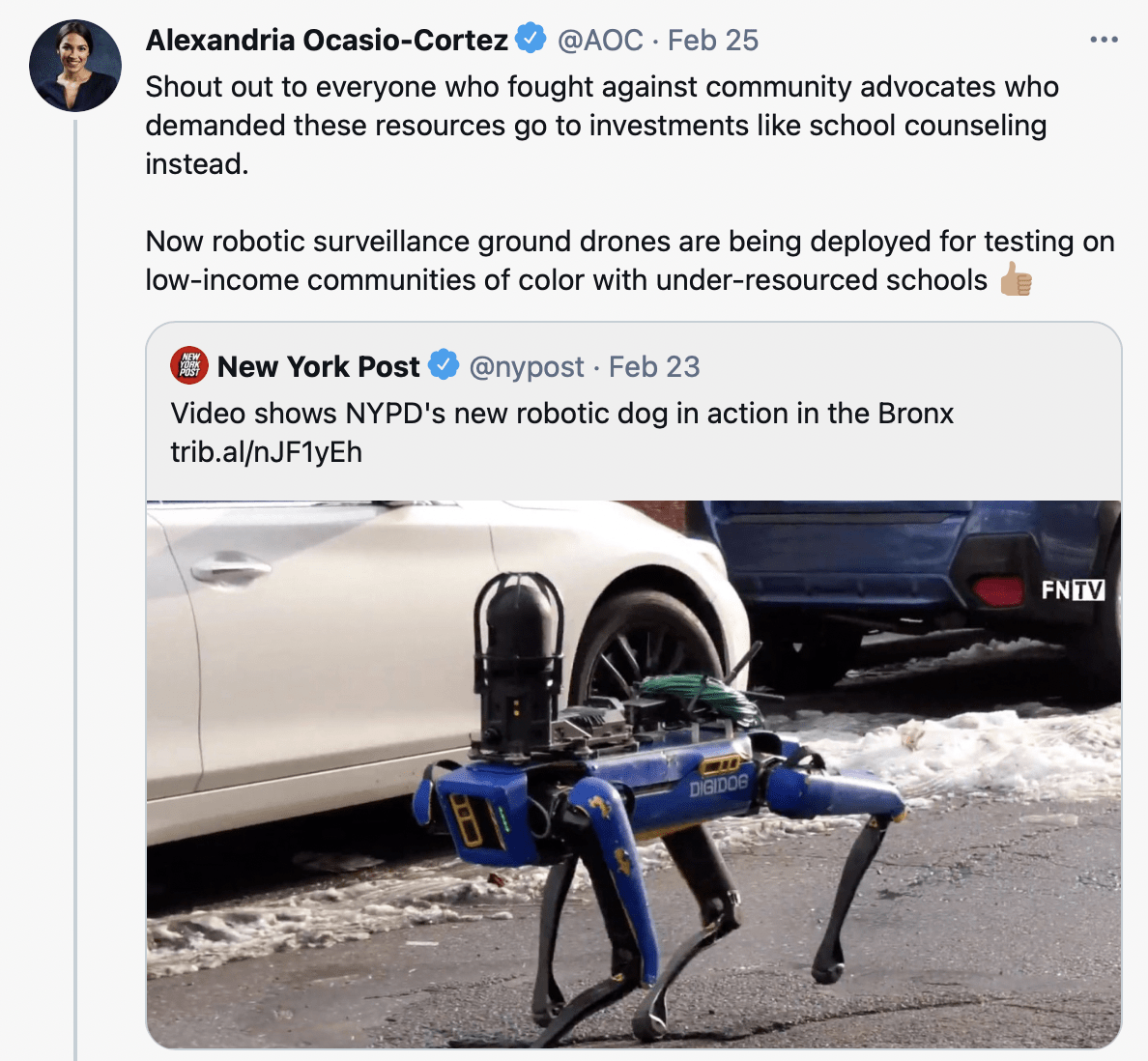 “When was the last time you saw next-generation, world class technology for education, healthcare, housing, etc consistently prioritized for underserved communities like this?” she tweeted.

John Miller, NYPD’s deputy commissioner for intelligence and counterterrorism, defended the department’s use of the robot in an interview this week saying that “Digidog” keeps officers out of harm’s way and it’s cheaper and more advanced than the robots the force has used in the past.

Miller said that the department had previously sought to test the device until its contract was up this August. But plans changed, he said, after the robotic dog became a “target” in arguments over race and surveillance.

NPR reports that after the public outcry, “Digidog” is getting sent back to its owner.

The police canceled a $94,000 contract with the robot’s maker Boston Dynamics following a growing backlash tied to calls to cut the police budget and concerns of police militarization and abuses of force.

“Digidog” is technology from Boston Dynamics. the agile 70-pound hound is able to climb stairs and survey hazardous areas and was to help officers better identify dangers at crime scenes and keep officers safe.

In keeping true to form, Mayor Bill de Blasio is “glad the Digidog was put down,” a spokesperson told ABC7. “It’s creepy, alienating, and sends the wrong message to New Yorkers.”