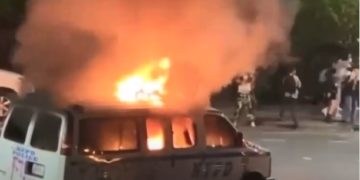 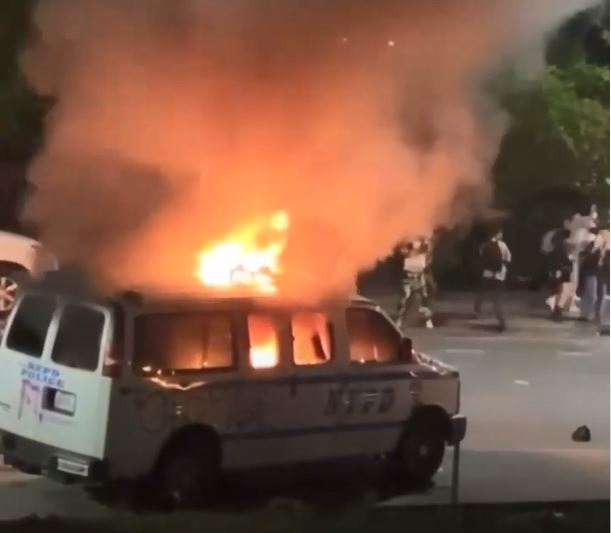 An NYPD source advises Law Officer that the 88th Precinct has been overtaken. Commissioner Shea has called a Level 3 mobilization which requires a massive response from specialty units from across the city.

Protests started off peacefully Friday but quickly turned violent. Dozens of NYPD officers have been injured and there have been hundreds of arrests.

Police cars are being set on fire in the area.

Reports indicate at least 500 rioters in front of the 88th Precinct as they attempted to gain access. Other precincts are being affected including the 84th precinct.

Earlier, demonstrators gathered in Foley Square in Manhattan for the second straight day of protests over the death of George Floyd, a Minneapolis man who died in police custody. 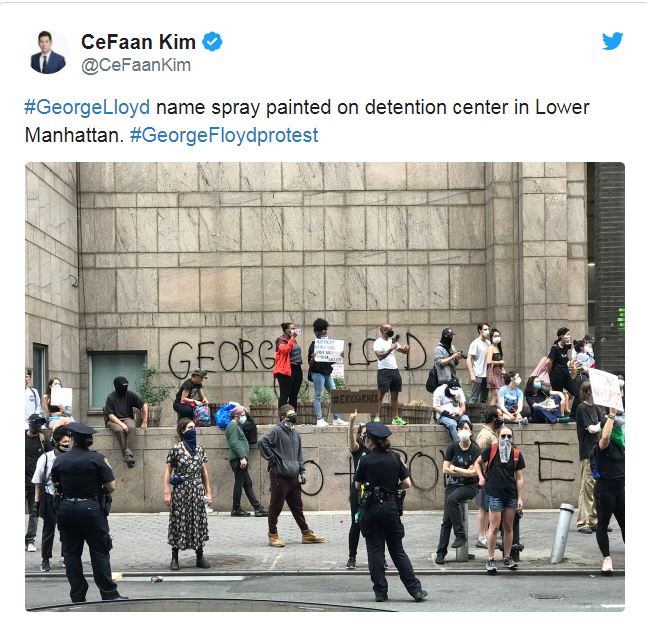 “If you are angry with the government, if you’re angry with the elected leaders…direct that anger to all of us — but the police officer in front of you is a working man or woman just trying to do their job,” said Mayor Bill de Blasio.

In Brooklyn, many protesters were pepper sprayed and tackled by police at Fort Greene Park. Bricks were being thrown and windows shattered. There were confrontations as well earlier at the Barclays Center. Police say 125 people were arrested for throwing bottles. 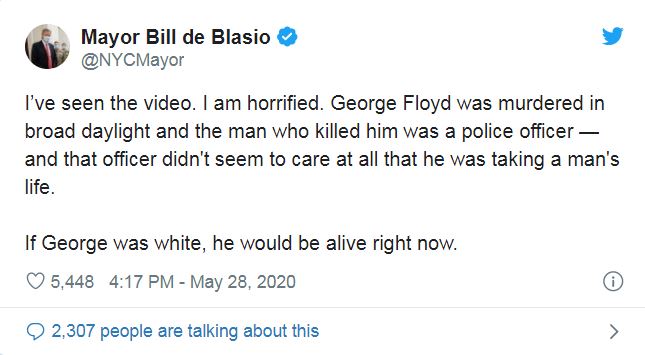 Protesters in NYC being arrested after blocking roadway

The protest then made its way to the Manhattan DA’s office, and to the foot of the Brooklyn Bridge.

On Thursday, angry crowds defied the city’s prohibition on public gatherings and staged a chaotic rally that started in Union Square and spread through Lower Manhattan through the night.