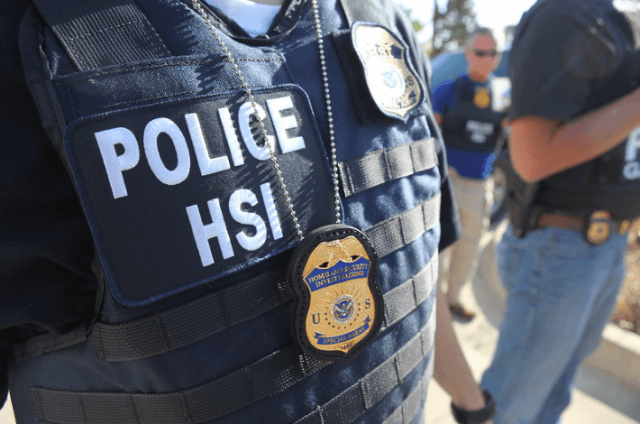 NORTH CAROLINA – The State of North Carolina has released nearly 500 illegal immigrants with federal ICE detainers placed on them over the past 10 months, leaving many people wondering what is going on.

Mecklenburg County Sheriff Garry McFadden has blamed the releases on low bonds being set by judges in the cases, arguing that the law requires the suspects to be released when they post bond, while an ICE detainer is merely a “request.”

“This is a world turned upside-down. … Something screwy is going on in North Carolina,” Judge Andrew Napolitano said on “Fox & Friends,” adding there is a “danger to public safety” when suspected violent criminals are released from custody.

Napolitano said bail is usually not set “low” when the case is an alleged “crime of violence.” He said when he was a judge in New Jersey it would have been “inconceivable” for him not to make sure a suspect freed on bail in his courtroom was turned over to a separate law enforcement agency on other suspected crimes.

“It would violate my oath to uphold the law.”

Some of the nearly 500 illegal immigrants released were wanted for kidnapping, assault, arson, rape, and murder.

According to data obtained by WBTV, there were actually 489 detainers declined by (sanctuary) counties across the state of North Carolina since the fiscal year began last October.

McFadden had come under fire previously for declaring he would not comply with ICE detainers, an unfortunate trend with many sheriffs and mayors around the country. They recklessly do so regardless of the subsequent crimes committed by these individuals.

In one case in Mecklenburg County, an illegal immigrant was freed on bond in a child rape case. Federal authorities later apprehended the suspect, Oscar Pacheco-Leonardo, two months after McFadden ignored an ICE detainer order and released him from custody.

“You may want to ask a judge the question … on why bonds are set so low, in order for someone to be easily released from the detention center,” McFadden said Monday.

ICE said it issued a detainer a day after the June arrest, but it wasn’t honored and the 33-year-old Honduran national was released on $100,000 bond by the Mecklenburg County Sheriff’s Office. The immigration enforcement agency said Pacheco-Leonardo reentered the U.S. illegally after being deported in 2006.

“This arrest is simply the latest in a continuing list of unlawfully present foreign nationals released from Mecklenburg County custody over the past nine months despite serious criminal charges that pose a clear threat to public safety,” ICE said in a statement about the case.