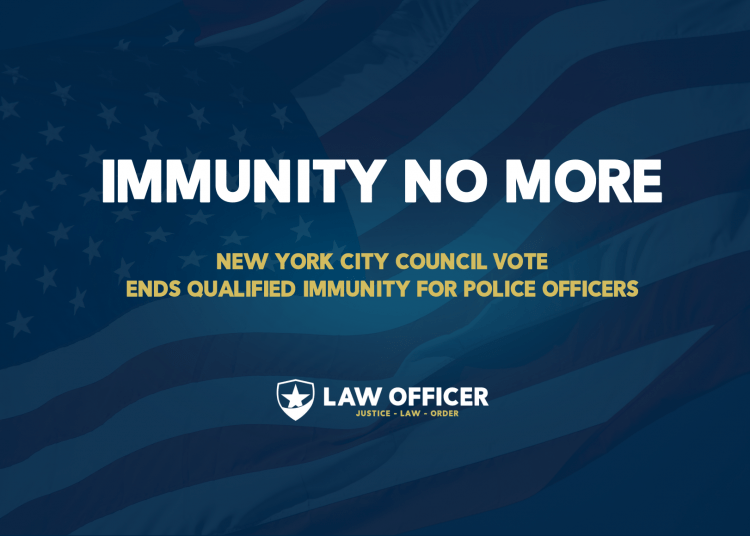 The vote to end qualified immunity was just one of several being considered by the New York City Council, and it reverses a decades-long protection for police officers against being sued or held liable for misconduct—or allegations of police misconduct.

Both critics and supporters of the vote to end qualified immunity are speaking out. One of the main criticisms is that taking away qualified immunity will not only subject police officers to abusive claims of misconduct, but also make them less willing to fight crime or take action since they now must worry about lawsuits and legal action.

Meanwhile, supporters of the measure, such as City Council Speaker Corey Johnson, reported that qualified immunity has purportedly been used “to deny justice to victims of police abuse for decades,” as CBS New York reported.

Johnson announced the decision on social media along with a rather peculiar—and politically charged—explanation of qualified immunity. 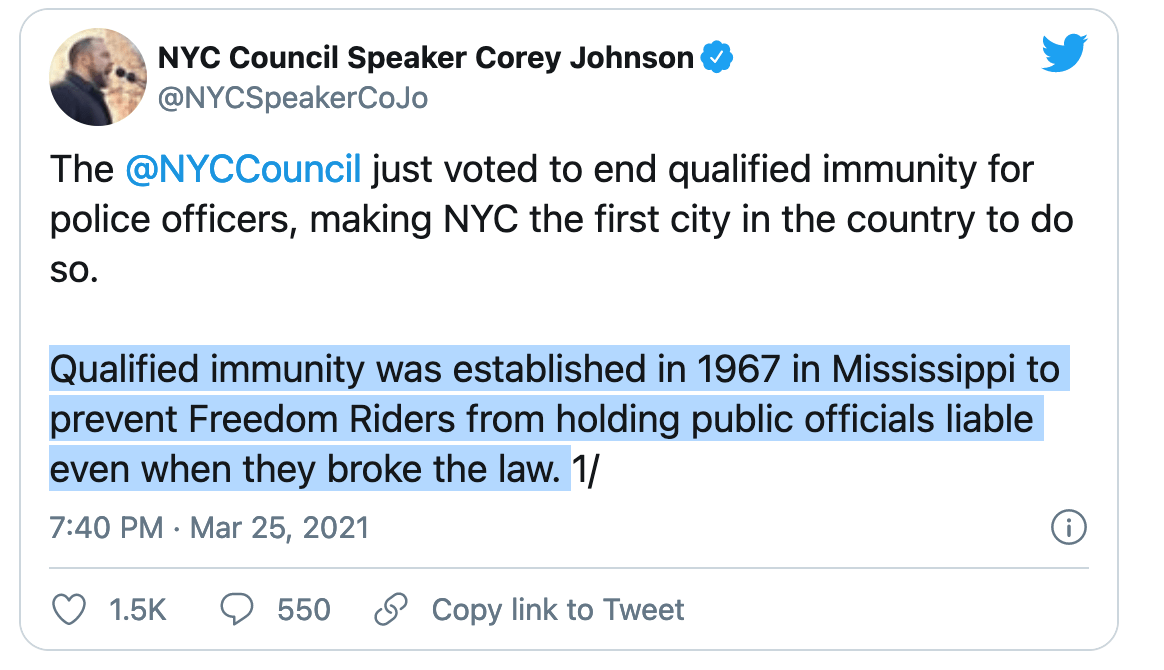 Hopefully, this is a sign that Johnson and other politicians will not only demand accountability, but assume accountability and responsibility for themselves as well.

Indeed, we can only hope that politicians will lead by example and will also eliminate qualified immunity for politicians as well to truly invoke reform.

This story is developing and will be updated.