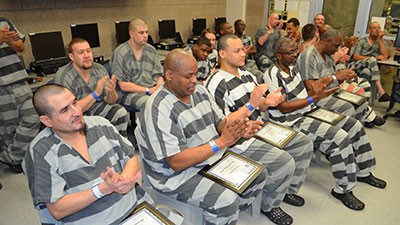 New verbiage has been adopted when referring to the criminal element in San Francisco. The words being used mock the system and insult the senses.

The crime-ridden city—set in a geographically beautiful location—has introduced new sanitized language for criminals, getting rid of words such as “offender” and “addict” while changing “convicted felon” to “justice-involved person.” Yet while they hope to “clean-up offensive words,” the place reels in human feces from these same people who will now reportedly feel less stigmatized due to the novel vocabulary being instituted. Who are they trying to kid?

The Board of Supervisors adopted the changes last month even as the city suffers from one of the highest crime rates in the country and staggering inequality exemplified by pervasive homelessness alongside Silicon Valley wealth, according to FOX News.

The local officials say the new language will help change people’s views about those who commit crimes. As a result, we need to ask; whom are the local officials talking to? Certainly not people with a reasonable outlook on life or those adhering to social norms that make societies thrive.

The place reels in human feces from these same people who will now reportedly feel less stigmatized due to the novel vocabulary being instituted.

According to the San Francisco Chronicle, from now on a convicted felon or an offender released from custody will be known as a “formerly incarcerated person,” or a “justice-involved” person or just a “returning resident.”

And drug addicts or substance abusers, meanwhile, will become “a person with a history of substance use.”

I’d like to say that I cannot believe a public official would have his or her head so far buried in the sand, but nothing surprises me with the so-called progressive crowd, which is better known for impeding progress rather than progressing it.

“We don’t want people to be forever labeled for the worst things that they have done,” Supervisor Matt Haney told the newspaper. “We want them ultimately to become contributing citizens, and referring to them as felons is like a scarlet letter that they can never get away from.”

The sanitized language, though unlikely to do much to address the crime problem, may result in some convoluted descriptions of crimes in the future.

The newspaper noted an individual whose car has been broken into could well be known to police as “a person who has come in contact with a returning resident who was involved with the justice system and who is currently under supervision with a history of substance use.”

Say that again? … Yeah, the spinning and double talk will do nothing to change criminal behavior, but I guess it will make the Board of Supervisors “feel” like they are making a difference.

The board’s approved new language is non-binding, with the district attorney endorsing the measure. Mayor London Breed hasn’t yet endorsed the new language.

This “feel good” stunt is similar to something that occurred in Seattle a few years ago when police were directed to refer to a suspect as a “community member” when writing use of force reports.

Is there an end to the absurdity? It appears not. What new verbiage is coming next?