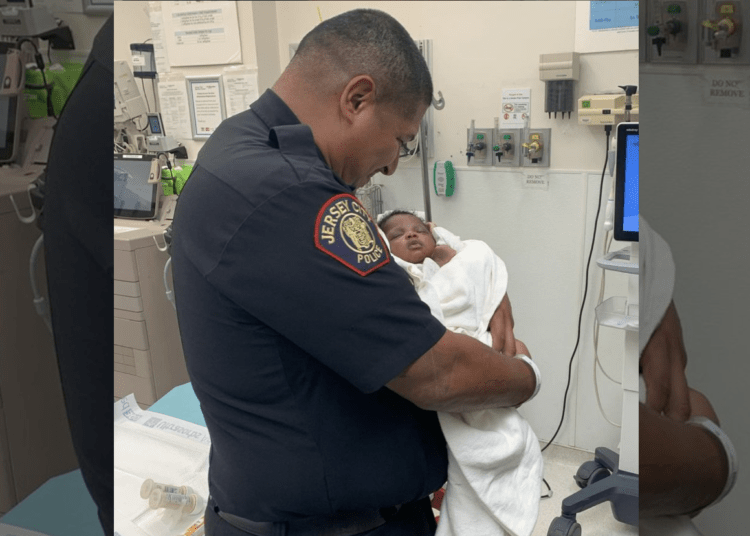 JERSEY CITY, N.J. — A police officer in New Jersey securely caught a one-month-old baby thrown from a second-floor balcony during a lengthy standoff over the weekend, officials said.

Officer Eduardo Matute was among those who responded to the Jersey City residence Saturday morning after reports that a man was threatening “to throw a baby from the 2nd story of the building,” according to the Hudson County Prosecutor’s Office.

Responding officers established a perimeter around the home and Matute was among the personnel positioned below the balcony as the child was dangled over the second-floor railing, NorthJersey.com reported.

After a lengthy standoff, the man released the infant, officials said. Fortunately, Matute was in the right place at the right time and caught the child who was falling to the ground, Fox News reported.

Jersey City spokesperson Kimberly Wallace-Scalcione said the baby was transported to a local hospital as a precaution.

Mayor Steve Fulop later posted a photo on social media of the heroic officer holding the child, who was wrapped in a white blanket.

According to Wallace-Scalcione, the suspect dropping the child was taken into custody and charges are pending.

“Kudos to the (Jersey City Police Department) and all the officers involved for their heroics and for bringing a safe conclusion to this dangerous situation,” Prosecutor Esther Suarez said in a Twitter post.