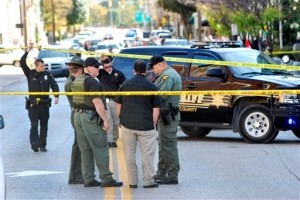 I have an inquiry regarding the victimizations of juveniles and the characteristics of the juvenile justice system. This article is an attempt to summarize the data.

What many don’t realize is that the stated purpose of the juvenile justice system is a focus on the protection of the child as an overriding priority.

“Youth under the age of 18 who are accused of committing a delinquent or criminal act are typically processed through a juvenile justice system. While similar to that of the adult criminal justice system in many ways—processes include arrest, detainment, petitions, hearings, adjudications, dispositions, placement, probation, and reentry—the juvenile justice process operates according to the premise that youth are fundamentally different from adults, both in terms of level of responsibility and potential for rehabilitation. The primary goals of the juvenile justice system, in addition to maintaining public safety, are skill development, habilitation, rehabilitation, addressing treatment needs, and successful reintegration of youth into the community,” Youth.Gov.

It doesn’t matter if you agree or disagree with the stated purpose of the juvenile justice system, there are decades of court rulings upholding the provision that the system is fundamentally different from adult justice and that everything possible for the well being of the “child” should be employed.

Per the data below, readers will notice considerable decreases in many categories. This conflicts somewhat with crime data since 2015.

Critics insist that violent crime is down per historical trends before 2015. Detractors say that the increase in violence in 2020 and 2021 is overblown. Some insist that per FBI data (the 41 percent of violent crimes reported) violence has decreased substantially.

Thus we have a fundamental question, which holds more importance, a 28 percent increase in all violent crime (including simple assaults) per the National Crime Survey (2015-2018), and the presumption that this applies to 2019, a tripling of violent crime per Gallup, endless media reports of vastly increasing urban violence in 2020 after the lockdowns, a rise in homicides and aggravated assaults in 2019 and 2020 per the Major Cities Chiefs Association, a considerable and recent rise in homicides, aggravated assaults and robberies after the lockdowns by the University of Missouri, and considerable increases in homicides and violence by COVID and Crime…

…data from the FBI documenting that overall crime was flat (decreased 0.4 percent) for the first six months of 2020 but with increases in aggravated assaults and homicides? Per the FBI, in 2018 there was a decrease in violence of 3.3 percent. It decreased again by 0.5 percent in 2019, indicating possible growth.

Juvenile Crimes Can Be Horrific

The combination of an almost routine history of child abuse and neglect (for females, sexual violence is common) plus data regarding offenders being under the influence of drugs or alcohol at the time of the crime plus fairly high rates of personal victimization (including brain injuries) plus the exposure to violence in some communities and PTSD plus the impulsive and developing nature of juvenile behavior can and does lead to serious violence.

Homicides Committed By Those Under 15 Have Increased 17 Percent

The latest statistics available come from the 2019 Uniform Crime Report, which shows a 16.9 percent increase in homicides. In real numbers, there were 69 murders committed by 15-year-old “children” in 2019.

Juvenile justice is interesting because of criminal justice reform. In 2000, a record-setting 108,802 youth were held in detention centers awaiting trial or confined by the courts in juvenile facilities in the United States.

In a dramatic turnaround, by late-2010, the number of youth confined in state and county juvenile facilities had plummeted by 39 percent to 66,322.

The rate of young people admitted to detention has fallen by 52% during the COVID-19 pandemic, according to a new survey of juvenile justice agencies in 33 states — equaling in two months a national decline that took 13 years, Juvenile Detention.

The bottom line is that the “incarceration” or “placement” of juveniles has dropped far more than reductions in the adult prison population.

Those Charged As Adults Decreases Dramatically

An estimated 76,000 young people are charged as adults each year – a decrease of 70% in the past 12 years, according to a report in May by Campaign for Youth Justice, a national organization focused on youth in the adult system.

Findings show that in 2017, law enforcement agencies arrested more than 809,700 persons younger than 18 years old. This was the lowest number since at least 1980—and 70 percent below its 1996 peak of nearly 2.7 million, Juvenile Arrests.

Overall, and for all racial groups, the rate of violent victimization for juveniles has declined since 1995 but did not change from 2015 to 2018. (Editor’s note, violent crime increased by 28 percent since 2015 per the Bureau of Justice Statistics, see Crime in America).

The percentage of violent victimizations for juveniles (ages 12–17) reported to the police has remained steady at about 25 percent since 2013. (Editor’s note, it’s 41 percent for all violent crimes).

In 2018, for juveniles ages 12 to 17, non-Hispanic whites had a higher violent victimization rate than Hispanics. The rate for non-Hispanic blacks did not differ from the rates of these two racial groups.

Juveniles had higher violent victimization rates than adults during the entire 1995 to 2018 period.

Juveniles had higher simple assault victimization rates than young adults and adults in 1995, 2015, and 2018

The rates of serious violent crime (aggravated assault, robbery, and sexual violence) against juveniles declined from 1995 to 2018, but the rates did not change from 2015 to 2018 except for sexual violence.

Juvenile victimizations were most often reported by a third party (i.e., someone other than the victim).

Violent crimes against juveniles were most likely to involve a well-known/acquaintance offender (45 percent).

Among juveniles, those ages 15 to 17 were more likely than those ages 12 to 14 to be victimized by domestic violence (16 percent and 4 percent, respectively).

Based on NIBRS data, juveniles were likely to know their offender.

A Residence Is The Most Dangerous Location

The second most common location of violence against juveniles was schools, where 16 percent of incidents took place. School violence was most common for juveniles ages 12 to 14 (24 percent) and least common for those age 11 or younger (8 percent).