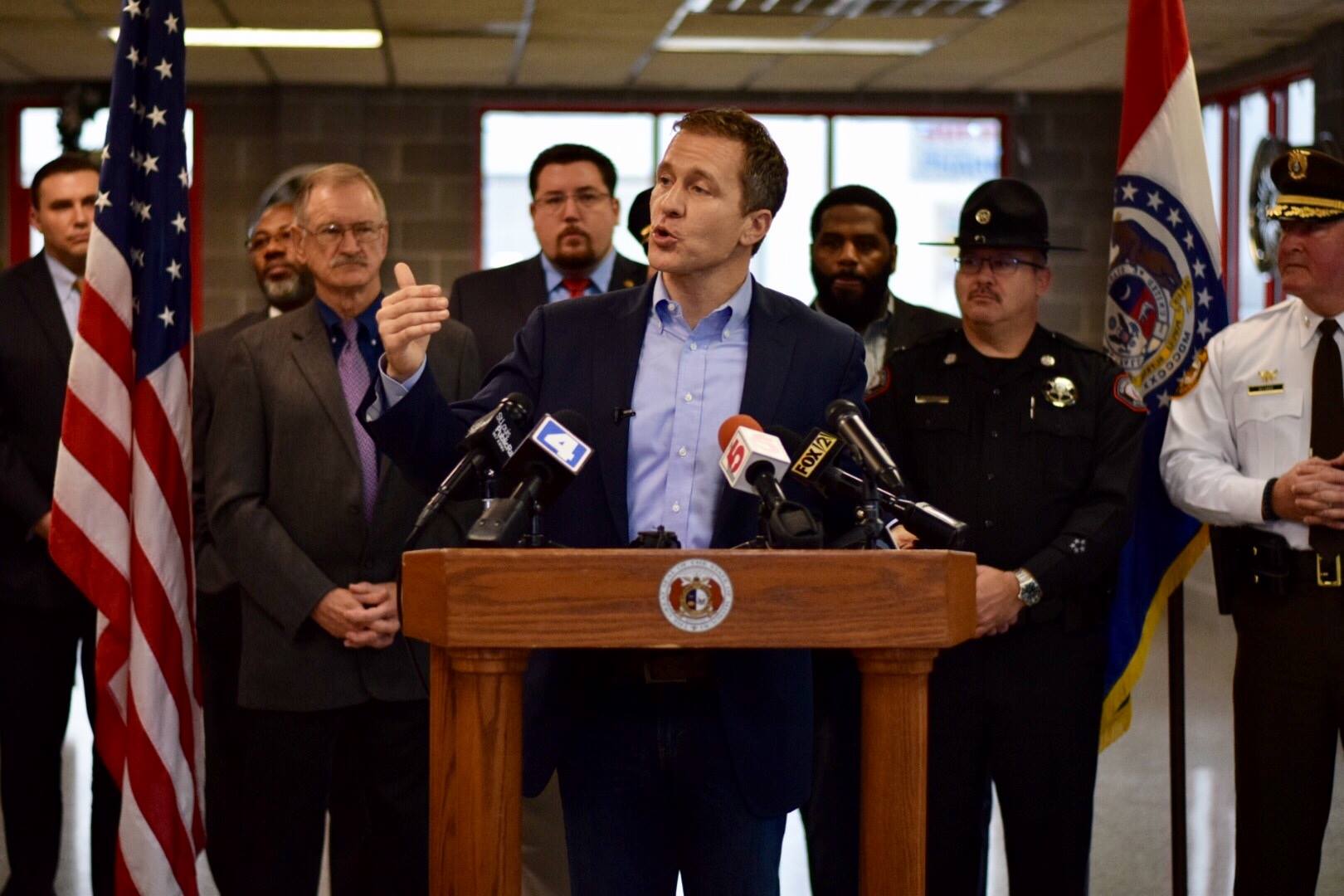 Former Navy SEAL and future Missouri Governor Eric Greitens stood inside Zisser Tire & Auto today and talked about it being a family-owned businesses that was looted and damaged in the 2014 Ferguson riots.

“None of us—no Missourian—can forget those events. The loss of life here was a tragedy. But how our leaders responded turned tragedy into disaster” he said on his Facebook Page.

Greitens said that “politicians failed us” and that “if our leaders had shown up with command presence, courage, calm, and clarity, we could have had peace by the second night.”

He said that Missouri was “humiliated” and that “this won’t happen on my watch.”

Governor Elect Greitens promised that police officers would “have the equipment, training, and resources they need to do their job.”

He announced Sikeston (MO) Chief Drew Juden as the new Director of the Department of Public Safety.  Juden is a well respected leader both in Missouri and across the country.  He is the former president of the Missouri Police Chiefs association and a SWAT team commander.

Greitens continued, “I will always have their back, and they will always have ours. Their mission is simple: Make Missouri a safe state to raise a family. Do so by supporting our law enforcement officers, our firefighters, our first responders. Do so by helping all of us to better understand and heal the divides in our communities.”