There have been 19% more gunshot wound victims in the city this year so far compared to 2021. This is up 83% over the historic average. 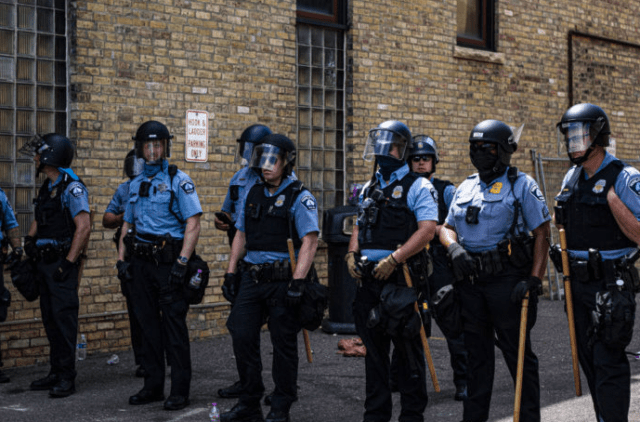 Up to 70 more Minneapolis police officers could retire in the near future, sources told Alpha News, as the city continues to grapple with an increase in crime.

An interactive Crime Dashboard published by the City of Minneapolis compares 2022 year-to-date crime numbers with 2021, showing nine of the 14 crime categories increasing in number.

Over the last three years, Minneapolis experienced an average of 47 carjackings through April. This year there have been 286 — a 236% increase.

In January, carjacking investigations in Minneapolis were backed up six to eight weeks, and victims whose cars were recovered by police had to wait several weeks to get their vehicles back from the forensics unit.

Other types of crime are higher than usual also. There have been 19% more gunshot wound victims in the city this year so far compared to 2021. This is up 83% over the historic average. Assaults are also up 21% over last year.

Calls for shots fired in Minneapolis number 2,552 so far this year, while 2021 at this time saw 2,543 calls. While this is a minor increase compared to last year, it is significantly higher than the historic three-year average of 1,587 reports of shots fired by April.

Since the onset of COVID-19, downtown Minneapolis has been quiet, and the high rate of crime is stalling attempts at recovery.

Minneapolis skyways are not safe either. “Loitering, violence, and drugs” are commonly encountered in skyways, one Minneapolis business owner said.

A business owner off of 5th and Hennepin told Alpha News that safety has been a major concern for his employees, as multiple people in his building have been “robbed, assaulted, [and] stolen from.”

Another downtown Minneapolis restaurant owner believes crime is what “killed” his business — not COVID restrictions or mandates.

The problem of high crime is unlikely to be resolved any time soon. Inside sources have confirmed to Alpha News and Crime Watch Minneapolis that there are rumors in the local law enforcement community of impending mass retirements. As many as 70 MPD officers may soon retire.

There are also talks of reducing the number of precincts from five to three.

This would be extremely damaging to a department that is missing half of its patrol officers, who are spread across five precincts and three shifts.