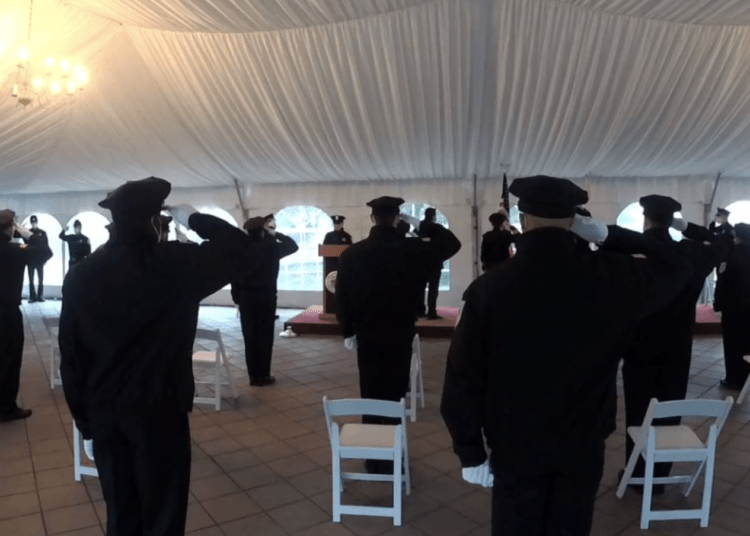 Although the graduation was closed to the public due to the pandemic, it was streamed live on the City of Springfield Facebook page.

FLORIDA MAN KILLED IN SHOOTOUT WITH POLICE DURING TRAFFIC STOP

The recruits were sworn in followed by remarks from the mayor, commissioner, and a police lieutenant.

According to the report, the following graduates were sworn in:

“In the face of COVID-19, I’m happy to say the precautions we put in place allowed our recruits to graduate healthy and receive all necessary certifications to begin their careers as police officers,” Springfield Police Commissioner Cheryl Clapprood said.

The graduates will begin their official duties as Springfield Police Officers on Sunday and will be assigned to different bureaus and squads.