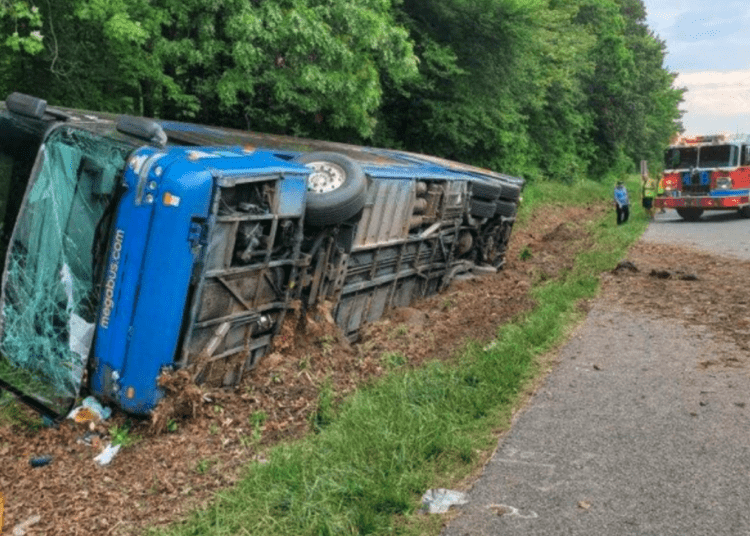 KINGSVILLE, Md. – A Megabus rolled over while on I-95 in northern Maryland Sunday morning leading to dozens of injured passengers, 15 of whom were hospitalized.

The dramatic crash occurred on I-95 south near Kingsville about 6:55 a.m. The Baltimore County Fire Department discovered the bus rolled over and resting on its side near Bradshaw Road and Raphel Road, FOX 5 reported.

The carrier had 47 passengers aboard, with 27 individuals suffering minor injuries as a result of the crash, while 15 had to be hospitalized with various injuries.

Fifteen people were hospitalized after a Megabus rolled over while on I-95 in Northern Maryland on Sunday morning. (Baltimore County Fire Department)

Twelve passengers with minor injuries declined transport to local hospitals, according to authorities.

Fire department officials said no other vehicles were involved in the rollover crash, Fox reported.

Maryland State Police are investigating the cause of the crash, according to the report.

Share and speak up for justice, law & order...
Tags: marylandMegabus