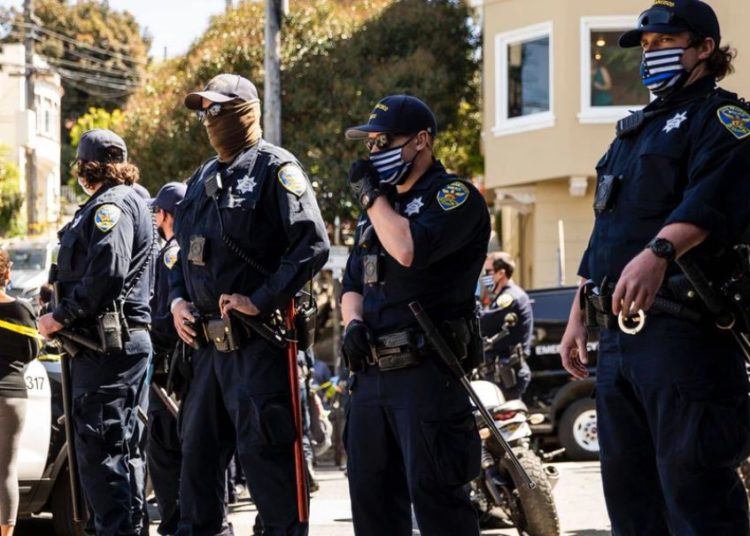 MARYLAND — A Maryland district court chief judge on Wednesday banned court employees throughout the state from wearing apparel with “thin blue line” designs, which are typically worn to show support for law enforcement.

The judge cited concerns about a perception of bias or favoritism if court employees display the emblem.

“The Judiciary must maintain itself as an unbiased and independent branch of Maryland state government,” Morrissey wrote in his email. “Employees of the District Court wearing any clothing item or apparel which promotes or displays a logo, sticker, pin, patch, slogan, or sign which may be perceived as showing bias or favoritism to a particular group of people could undermine the District Court’s mission of fair, efficient, and effective justice for all and call into question the Judiciary’s obligation to remain impartial and unbiased.”

The order applies to all staff, including bailiffs, commissioners, clerks, and judges, at 34 district court sites throughout the state, but will not apply to visitors to the courts, Daily Wire reported.

Morrissey’s memo came in response to a May 4 letter from Maryland Public Defender Paul DeWolfe, who complained about court employees displaying the “Thin Blue Line” on their persons, arguing that the design is associated with racist groups.

“The ‘thin blue line’ is commonly depicted as a black and white rendition of the American flag with a blue stripe running just under the stars, with the ‘thin blue line’ itself representing the belief that the police are the only thing that stands between order and chaos,” DeWolfe wrote. “It has been adopted by the ‘Blue Lives Matter’ movement, which launched in response to the Black Lives Matter movement, and has been associated at times with white supremacist groups.”

DeWolfe added that the concern is a fair trial issue for the black community in particular.

“To allow these masks to be worn by courtroom staff during the hearings and trials of our clients, a large swath of them Black, denies to them the appearance that their hearing is being conducted fairly and without bias,” DeWolfe added.

Last year, Maryland Governor Larry Hogan spoke out against a decision by a Democratic county executive to ban a Maryland police station from displaying a “Thin Blue Line” flag that was gifted to the station, saying he was “offended and disgusted” by the move, according to Daily Wire.

“We are proud to hang these Thin Blue Line flags in Government House to honor our brave law enforcement officers. A local elected official prohibiting police from displaying a flag given to them by a grateful child is disgraceful,” Hogan said at the time.