They were struck by a wrong way driver 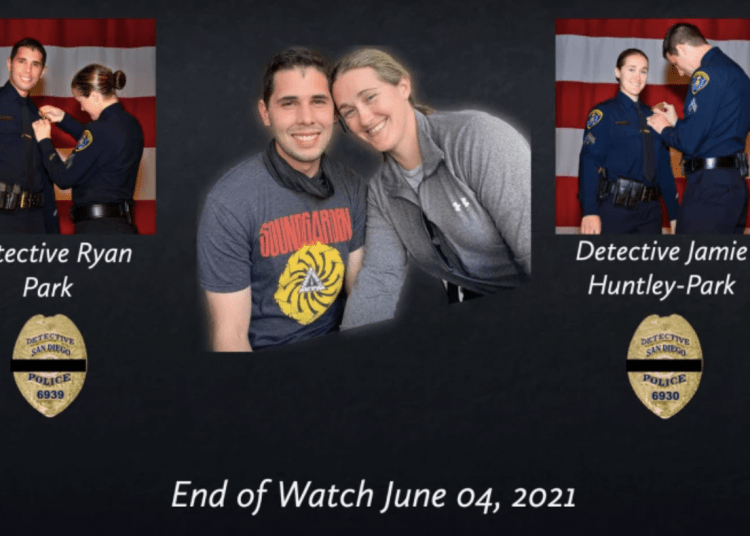 SAN DIEGO — A pair of San Diego police detectives were among three people killed Friday after their car was struck by a wrong way driver on a Southern California freeway Friday morning, according to reports.

Ryan Park, 32, and Jamie Huntley-Park, 33, met and began dating while in the San Diego Police Academy in 2012. They became officers on the same day in April of that year, The San Diego Union-Tribune reported. The couple married in February 2016 and were promoted to be detectives on the same day two years later.

The married detectives were in a city-owned Ford Fusion when they were struck Friday, about 10:25 a.m. A Honda Civic traveling at a high rate of speed in the wrong direction down Interstate 5 near the U.S.-Mexico border south of downtown San Diego hit the detectives in a head on collision, California Highway Patrol Officer Jim Bettencourt told the Tribune. They did not survive the violent crash.

The female driver of the Civic was also killed after her car slammed into the detectives’ sedan and burst into flames.

Today, my heart aches as we mourn the tragic passing of two decorated detectives. I had the honor of promoting Detective Jamie Huntley-Park & Detective Ryan Park in 2018. They were an incredible part of our team who helped countless San Diegans. pic.twitter.com/lxdfrlJOUE

Park was a homicide detective, and Huntley-Park was assigned to the Southern Division, NBC News reported. The investigators were scheduled to be off work, but were working “follow up on cases” anyway, San Diego police Chief David Nisleit said during a news conference Friday evening.

“You couldn’t have met two nicer kids,” Nisleit said. “(They) had nothing but their lives ahead of them. Both their lives and their careers were definitely on a very, very rapid trend upward, just doing amazing work.”

The triple fatality remains under investigation by the CHP. They will determine if drugs or alcohol were a factor.