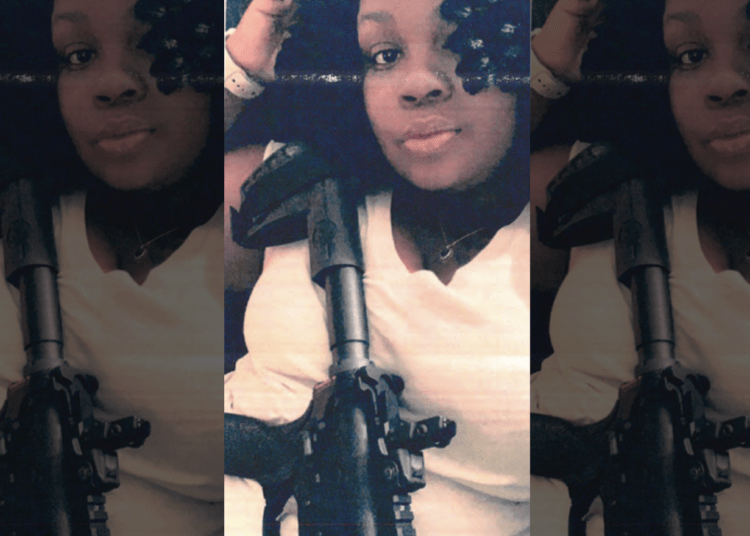 The misinformation in the Breonna Taylor case has been so immense, Journalist Jason Whitlock called her “a Unicorn” for various activists due to their unwavering condemnation of law enforcement across the country based on lies.

Indeed, the lies have been so immense all of them can’t be mentioned here but two of the biggest fairly tales has been that cops executed a unconstitutional ‘no knock’ warrant at the wrong house.

That couldn’t be further from the truth and should make anyone with a few brain cells ask themselves that if police are so racist, than why do the lies have to accompany any story told about them.

The truth is that ‘no knock’ warrants are legal and have to be approved by a judge that considers the extenuating circumstances for it.

Most of those involve the belief that executing a traditional search warrant of ‘knock and announce, giving occupants enough time to respond would be inherently dangerous for law enforcement.

In an interview today on ABC News, Louisville Metropolitan Sergeant Jonathan Mattingly said that it was the decision to not execute the ‘no knock’ warrant accompanied with knocking on the door and waiting for 45 seconds to a minute is why he was ultimately shot and Taylor killed as she stood next to the shooter in the hallway.

It takes about a minute as an officer on the street to understand that the element of surprise can be one of the most valuable safety techniques to officers and citizens.

Those techniques are built into every police academy and are reiterated with every field training officer. From quickly handcuffing a suspect to a myriad of other police actions, the last thing any cop wants to do is give someone an opportunity to formulate a plan.

Air Force Colonel John Boyd developed the O.O.D.A. Loop over 50 years ago to help pilots make decisions rapidly. According to Boyd, decision-making occurs in a recurring cycle of observe–orient–decide–act and if an individual  can cycle rapidly through this process, they can not only gain an incredible advantage but beat any potential combatant from doing the same.

Sergeant Mattingly knows this well. Just like any other officer, he has been trained in it and as a tactical officer, it has driven his training and likely prevented catastrophic results for him and others.

LOUISVILLE SERGEANT: THIS IS NOT A RACE THING

But in the age of “police reform” because groups that know nothing about law enforcement simply said so is driving everything today, important techniques such as Boyd’s O.O.D.A. Loop are being thrown aside.

Even Pete Kraska, a Criminal Justice Professor at Eastern Kentucky University, told BuzzFeed News that Mattingly’s statement was “outrageous” saying that “It indicates zero understanding of the issue of conducting dynamic entry raids on people’s homes in the middle of the night; not to arrest a murderer but to look for evidence of minor drug infractions…..And basically what [Mattingly is] saying is that he wishes he would have done a quick-knock raid, which is illegal, unconstitutional, and a huge part of the problem with police tactical raids.”

No offense to someone teaching college students about law enforcement that has never executed a warrant but maybe he should become familiar with United States Criminal Code 3109 or the United States Supreme Court which specifically permitted judges to issue ‘no knock’ warrants when there is evidence to believe that the lives of officers could be at risk or that evidence could be destroyed (Hudson V. Michigan-2006).

If celebrities, activists and college professors truly want to decrease use of force and thus high profile events, they will get out of the way of the proven law enforcement techniques that can actually make that happen.

Every cop would rather simply knock on a door, wait for someone to answer and collect the evidence they need but that is not reality when dealing with criminals or associates of criminals and a ‘no knock’ warrant was approved for a reason on that fateful day. The element of surprise could have saved not only Mattingly getting shot but a narrative of lies and deceit like we have never seen before.

And just so we are clear. Breonna Taylor was not an EMT, she was not sleeping in her bed and she was not some innocent person that had nothing to do with an ongoing drug operation.

We agree with Jason Whitlock, her death certainly should not have happened but a series of poor life decisions on her part placed her in that situation and created a scenario where law enforcement was legally in her apartment when they were shot by her boyfriend.