The elderly victim was eating when a suspect entered the Taco Bell restaurant and stabbed him in the neck and shoulder, police said 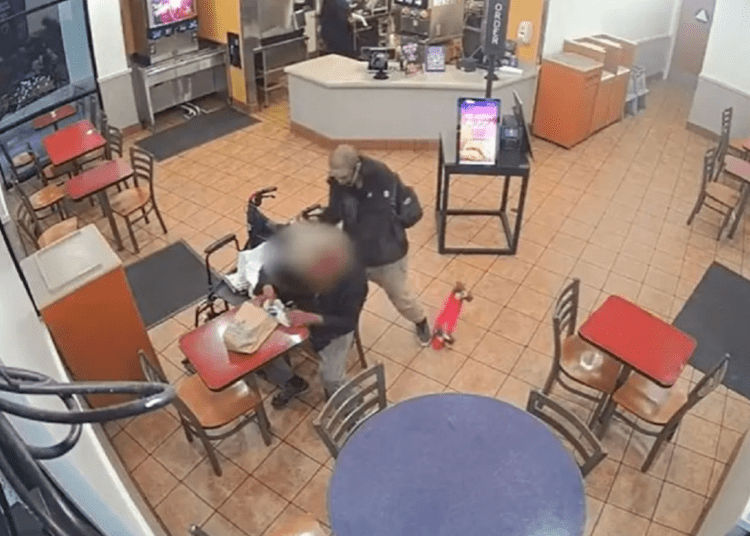 An 82-year-old man was stabbed while eating inside a Los Angeles fast food restaurant in an unprovoked attack, police said. (LAPD)

LOS ANGELES – An 82-year-old man in a wheelchair was brutally stabbed in an unprovoked attack earlier this month while inside a Taco Bell restaurant in Los Angeles, police said Thursday.

Security footage from the business shows the suspect entering the restaurant and approaching the elderly man from behind. The attacker knifed the victim in the neck and shoulder before fleeing. The violent attack took place just before 7 p.m. Oct. 3 at a Taco Bell in the Mar Vista area, Fox Los Angeles reported.

The victim was transported to a nearby hospital in critical condition. However, the man has made progress and is recovering since the attack occurred, according to LAPD.

The suspect sought by police is described as a bald man between 20 and 30 years of age. He is between 5 feet, 5 inches and 5 feet, 6 inches tall and weighs around 130 pounds, Fox reported.

Police also said the perpetrator has a large tattoo on the back of his head and a small tattoo next to his left eye.