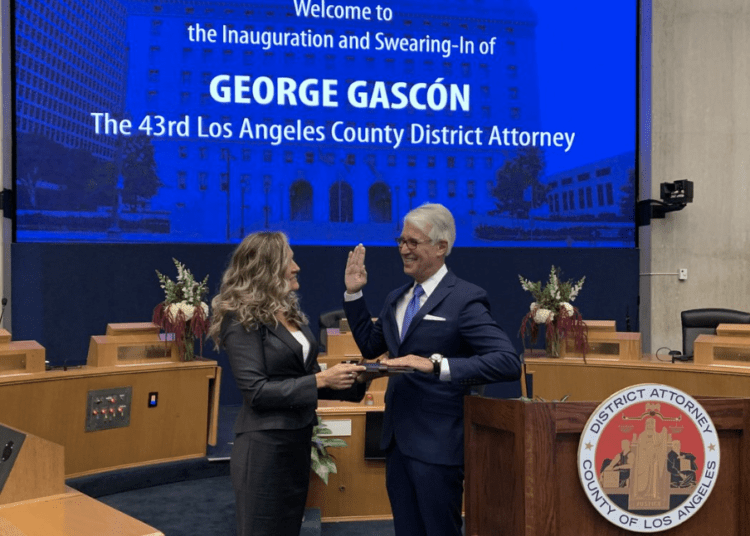 Los Angeles County District Attorney George Gascón has resigned from the California District Attorneys Association citing the group’s all-White board according to Fox News.  Gascón indicates the group has failed to keep pace with changing times. “The absence of a single person of color on CDAA’s 17-member board is blinding,” Gascón wrote Tuesday, in a letter to the group’s president.

“This is the leadership that sets the direction for an organization of elected prosecutors, all of whom disproportionately prosecute communities of color at a time when the nation is facing a reckoning over systemic racisim, and in a state with a plurality of minorities no less,” Gascón continued.

He also accused the group of having “lost touch with the public.”

In January, Gascón became the target of a lawsuit filed by his own deputy District Attorneys in Los Angeles County, who alleged that Gascón’s has ordered them to forgo sentencing enhancements, a violation of state law according to the lawsuit.

Last week a Superior Court judge in Los Angeles temporarily blocked Gascón’s efforts to do away with some sentencing enhancements, including prosecutors’ option for seeking longer sentences for offenders under the state’s Three Strikes law.

Gascón, 66, a native of Cuba, became DA of Los Angeles County in December 2020 after defeating incumbent DA Jackie Lacey. He previously served as district attorney for San Francisco, being appointed to that position in 2011 by then-San Francisco Mayor Gavin Newsom.

Gascón joins just only one other California district attorney not participating as a member.