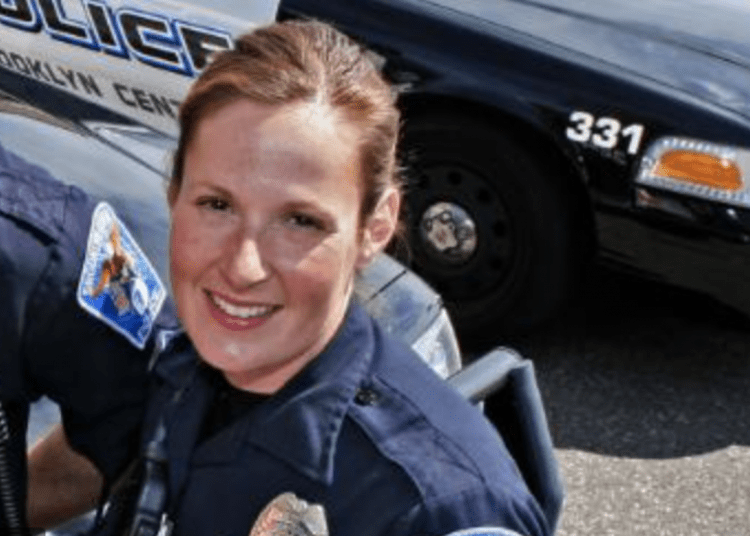 Former Minnesota police officer Kim Potter broke down in tears on the witness stand Friday, forcing the court to take a break as she sobbed while the prosecution played body camera footage of the fatal encounter with Daunte Wright as reported by the New York Post.

Potter, 49, shot Wright after he tried to flee cops seeking to arrest him on a weapons warrant during a traffic spot in April in Brooklyn Center.

“We were struggling, we were trying to keep him from driving away, it just went chaotic,” Potter said of the traffic stop.

“I remember yelling ‘Taser! Taser! Taser!’ and nothing happened and then, he told me I shot him,” she said, in reference to another officer telling her she shot Wright, then breaking down and reaching for tissues, unable to contain her tears.

Body-cam footage shown to jurors in the case depicts the distraught officer, who has insisted she accidentally pulled her gun instead of her Taser that day.

“Oh my God!” Potter wailed as another cop tried to console her, according to the footage released by police. “Holy sh-t! I just shot him!”

She sobbed for the second time on the stand during cross-examination, as the prosecution started to go through the video footage scene-by-scene. Potter tried to look away and close her eyes while the video was playing, ultimately leading her attorney to ask that the court break.

After discussing the fatal encounter, she began shaking, taking a break for water.

Potter said she would “absolutely not” have stopped Wright if her partner hadn’t insisted. The car Wright was driving had an air freshener hanging from its rearview mirror,  a violation of Minnesota law.

“An air freshener to me is just an equipment violation,” she said, citing Covid protocols that advised cops to let small things like that go as the DMV was backlogged.

At the start of her testimony, Defense Attorney Earl Gray asked Potter about her work as a field training officer where she taught new cops how to do the job— an aspect of her resume that critics called into question, wondering how a training officer could mistake a gun for a taser. Potter spent much more time doing gun training than taser training, she said in court.

The prosecution spent a great deal of time during discussing the former officer’s credentials and work as a trainer. Prosecutor Erin Eldridge went to lengths to show the jury Potter was educated on how to handle stressful scenarios while on duty and had logged thousands of training hours.