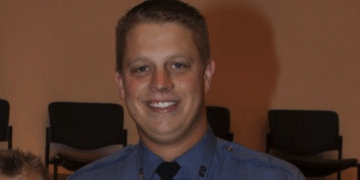 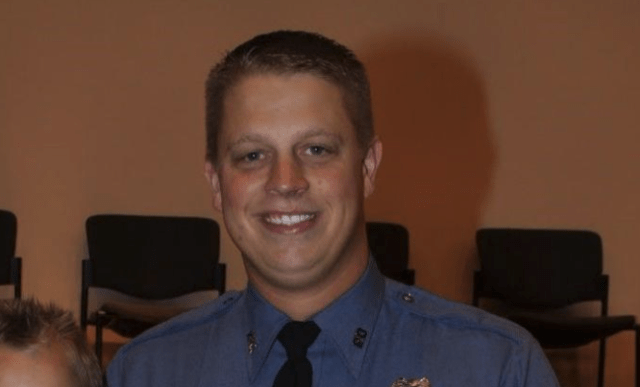 KANSAS CITY, Mo. – A Kansas City police officer is facing criminal charges after shooting an armed suspect who was accused of pointing a firearm at a partner officer.

On Thursday, the Jackson County Prosecutor’s Office announced that charges have been filed in connection with the officer-involved shooting death of Cameron Lamb.

According to Thursday’s release from Prosecutor Baker:

According to an affidavit signed by the grand jury’s foreperson, on Dec. 3, 2019 Det. Troy Schwalm and Det. DeValkenaere were in the area of 41st and College Avenue when they responded to radio dispatches regarding a traffic incident. A police helicopter had observed a red pickup being driven to 4154 College Avenue.

The detectives arrived at that address to investigate. Schwalm arrived first. He did not stop to ask any questions of a resident, who was on the porch. He exited his vehicle, drew his gun and entered the backyard. Neither detective requested permission to enter the property.

DeValkenaere, instead, had a weapon and asked resident about who was in the backyard. Schwalm went up the driveway on the south side of the house and encountered a man, not Lamb, in the backyard near several vehicles. The pickup driven by the victim, Cameron Lamb, was backing into the garage.

DeValkenaere, according to the affidavit, stated he could see both hands from where he was standing. He said Lamb’s right hand was on the steering wheel and he saw Lamb slide his left hand down his body, reach into his waistband and pull a gun and point it at Schwalm. DeValkenaere then fired his gun.

Four bullets hit the windshield of the pickup and two struck and fatally wounded Lamb. After he was shot, the pickup continued to roll backward and came to rest at the back of the garage. Schwalm stated he saw Lamb’s body slide toward the passenger’s seat after he was shot.

Tactical officers entered the garage and identified a gun on the ground beneath Lamb’s hand where the truck finally came to rest. Lamb’s body was inside the truck and his left arm was hanging out of the open driver’s side window. Medical records show that Lamb is right-handed and he did not have full use of his left hand as a result of an injury sustained in 2015.

Phone records, according to the affidavit, and a voicemail recording recovered by the Prosecuting Attorney’s Office show Lamb made a phone call about the time he was shot. The call went to voicemail, and a recording of the immediate aftermath of the shooting was created. A voice is heard demanding that Lamb exit the vehicle, show his hands and keep his hand or hands up. Lamb’s cell phone was found by his right side when crime scene technicians processed the scene.

While it’s unknown, it appears as though the prosecutor is placing stock in the medical records that show Lamb did not have full use of his left hand. However, based upon what is written, it does not say his left hand was unusable.

According to the Kansas City Fraternal Order of Police, the suspect pointed a firearm at an officer.

The FOP released the following statement shortly after the prosecutor’s office made the announcement about the charges:

The FOP and its 1,500 members fully support Officer DeValkenaere. It is undisputed that the suspect pointed a gun at another officer which clearly demonstrates that Officer DeValkenaere’s actions were justified. We will devote our resources to helping Officer DeValkenaere and his family. Like other cases across the country, this is another example of the Prosecuting Attorney abusing her authority for political gain. We place our trust in the judicial system to correct this wrong and ultimately exonerate this highly decorated officer.

After noting problems that exist in Atlanta due to officers having criminal charges filed against them following the shooting of Rayshard Brooks, one K.C. area LEOW wrote the following:

And yet…here we are, Kansas City. The thin blue line that stands between you and evil is disappearing. And you will be left to defend yourself. And sadly, those most innocent and vulnerable will suffer because officers who defended and protected are no longer there. Because every officer is the next call away from being plastered on the national media as the racist murderer. And the 800,000 heroes who do this job have about had it.

The day of reckoning is coming…

Indeed she is right … drop the mic!