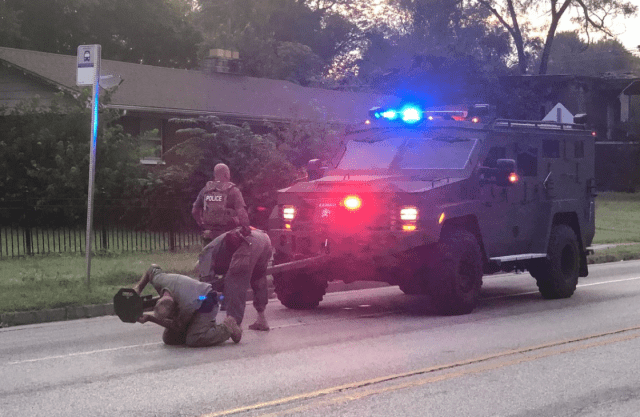 Illinois State Police confirm that an officer was shot serving a warrant at the home. He was taken to the hospital to be treated for the gunshot wound.  His condition is unknown at the present time.

A police source told FOX 2 that three people were taken into custody. However, one suspect remains barricaded in the home.

Details surrounding the search warrant were scarce. More details will be posted when they become known.

Illinois State Police say “suspects” are in custody. 1 person shot and taken to the hospital. No word on condition.

Derrion says more than one person is in custody right now and someone was rushed to the hospital. He says a neighbor told him they heard about 5 gunshots. @FOX2now

Update: The trooper has passed away.